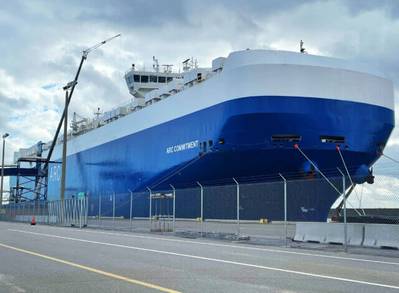 Both ships are enrolled in the Maritime Security Program (MSP), the Congressional maritime readiness program that maintains a modern, active fleet of U.S.-flag, privately-owned ships that are available upon request by the Secretary of Defense to provide sealift capacity and support to the military and other federal agencies in times of need, including war, national emergencies and humanitarian crises.

According to ARC, the two vessels are among the most capable and militarily useful vessels in the U.S.-flag commercial fleet, able to carry tracked and wheeled vehicles, helicopters, and other high and heavy project cargoes. ARC owns and operates nine roll-on roll-off (Ro-Ro) vessels in the international trades and is the largest U.S.-flag Ro-Ro operator.