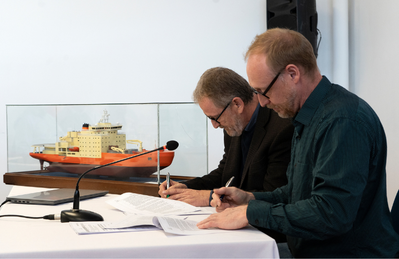 Finnish engineering firm Aker Arctic announced it has signed a deal with Argentinian shipbuilder Tandanor Shipyard to finalize the basic engineering design of a new polar vessel for Argentina. The project officially kicked off in Buenos Aires in May 2022.

Aker Arctic had developed the concept design in 2014, but the project was shelved while awaiting the most appropriate way to follow on into the shipbuilding phase.

Recently, the Argentinian government made the decision to upgrade Tandanor Shipyard’s facilities in order to build the polar vessel domestically. At the same time, the agreement to continue the ship design project was made.

In the time since the initial concept was developed, the International Maritime Organization (IMO) Polar Code and other international regulations have come into force, along with technological advancements. For these reasons, the design was updated to reflect the changes in the rules and regulations and upgraded mission requirements. The basic design work is planned to be ready in April 2023.

"Governmental acquisition projects typically span many years and are often at risk of being prolonged due to elections, multiple interest groups and bureaucratic budgeting processes," said sales manager Arto Uuskallio from Aker Arctic.

"The gap between a commercial project and governmental requirements is also sometimes hard to bridge," Uuskallio added. "However, Argentina acted quickly at making decisions for the first phase of the project, which advanced promptly."