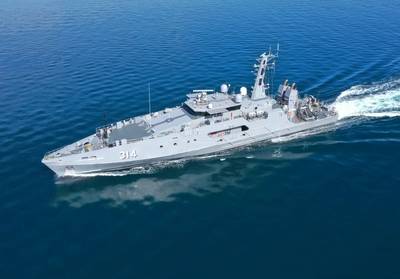 Austal Limited Chief Executive Officer Paddy Gregg said, “We are incredibly proud to be supporting the Royal Australian Navy by providing and enhancing fleet capability; working in collaboration with the Department of Defense and Industry partners.

“This announcement for additional Evolved Cape-class Patrol Boats further strengthens and supports Australian sovereign shipbuilding capability and provides Austal, and our outstanding supply chain partners, with a level of continuity that will provide stability and security for the National Naval Shipbuilding Enterprise. Austal will also continue to invest and develop our facilities in Henderson to ensure we have the capability and capacity for the future program of work the Prime Minister has previously announced.

“Last month Austal delivered the first of the Evolved Cape-class Patrol Boats, the ADV Cape Otway, in less than 2 years; overcoming the many challenges that materialized as a result of the COVID-19 pandemic.

“We look forward to continuing at pace, with all eight Evolved Cape Patrol Boats to be delivered through to 2024, providing long-term commitments to our supply chain partners in the Australian Shipbuilding Industry.”

Based on the original 58 meter aluminum monohull design, the Evolved Cape-class Patrol Boats include several enhancements that further extend the capability of the vessel and the fleet. Crew capacity has been increased by 10 people, to now total 32 and quality-of-life provisions have been enhanced, ensuring those who operate the new vessels have connectivity to the outside world, regardless of the operating environment, the builder said.

The Evolved Cape-class Patrol Boats will be utilized for a variety of constabulary and naval missions and play a critical role in Australia’s national security, as a high-performing, reliable and effective maritime asset for the Royal Australian Navy.