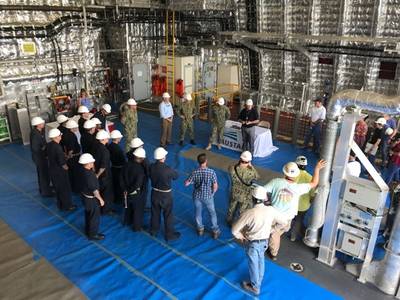 Austal USA delivered its 10th Independence-variant littoral combat ship (LCS) to the U.S. Navy. The future USS Cincinnati (LCS 20) will be the 18th LCS to enter the fleet.

More than 700 suppliers in 40 states contribute to the Independence-variant LCS program. This supplier base supports tens of thousands of small business to large business jobs.

LCS is a highly maneuverable, lethal and adaptable ship designed to support focused mine countermeasures, anti-submarine warfare and surface warfare missions.  The Independence-variant LCS integrates new technology and capability to support current and future mission capability from deep water to the littorals.

Austal is also under contract to build 14 Expeditionary Fast Transport vessels (EPF) for the U.S. Navy. The company has delivered 10 EPFs while an additional two are in various stages of construction.