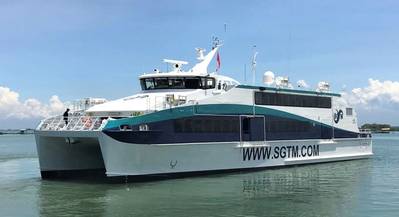 Austal was awarded the A$15.5 million (US$10.7 million) contract to design and construct the vessel in January 2020, and construction commenced at the company’s Vietnam shipyard in Vung Tau in March 2020.

The Austal Passenger Express 41 catamaran features a length overall (LOA) of 41.2 meters, beam of 10.9 meters and draft of 2 meters. Over two decks, the vessel can accommodate 400 passengers and mixed cargo of up to 20 tonnes, loaded via two ramps. 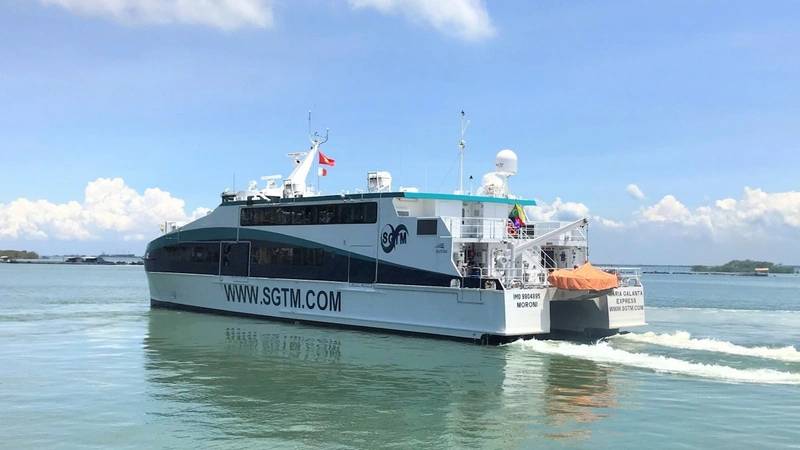 Austal CEO Paddy Gregg said the delivery was a significant milestone in the company’s newest shipyard: “This new ship for SGTM, is the second vessel we have delivered out of the Vietnam shipyard and highlights the tremendous productivity and efficiency of the local team, who have effectively delivered two vessels in two years.”

“It’s also very pleasing to see another customized variant of our popular, high-speed catamaran ferry design being delivered to yet another new customer,” Gregg added. “Austal has now delivered over 80 vessels in this key, 40- to 50-meter catamaran ferry market since the early 1990s, and we continue to receive great interest in our proven designs.”

Established in 2004, The Comoros ferry company SGTM operates three passenger ships and two freight transport ships between the islands of Mayotte, Anjouan and Great Comoros, carrying more than 100,000 passengers annually. With the delivery of Maria Galanta Express, SGTM is now operating two Austal built vessels, including the Marine View acquired from Japan in 2013. 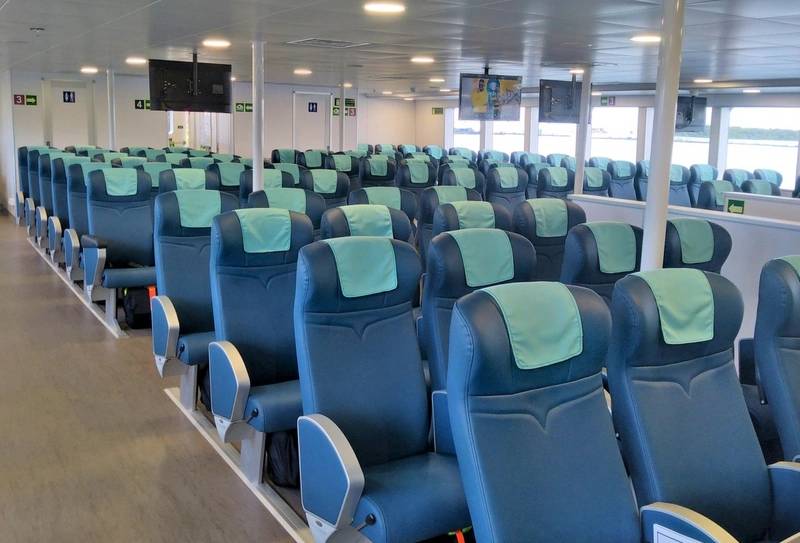