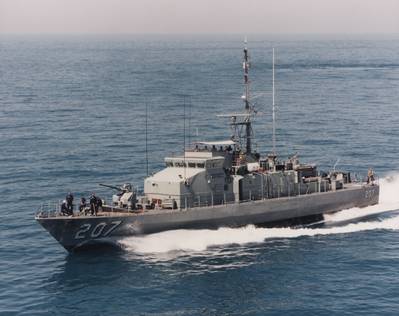 Tender announced for Pacific Patrol Boat Replacement Project
The Australian Government announced a Request for Tender (RFT) to replace the Pacific Patrol Boats under the Pacific Maritime Security Program, Project SEA3036 Phase 1.
The project involves the construction in Australia of up to 21 steel-hulled replacement patrol vessels, representing an investment in the nation’s defense industry with the Australian-made patrol boats worth $594 million in addition to through life sustainment and personnel costs estimated at $1.38 billion over 30 years.
Building toward the release of the Defense White Paper, in December last year, the Government announced a plan that will allow for a sustainable naval shipbuilding industry that supports shipbuilding jobs.
With the existing Pacific Patrol Boats soon approaching their end of service life, the Government has committed to replacing the fleet with new Australian made vessels. The replacement vessels will be larger and more capable than the current fleet. They will also have greater seakeeping ability, habitability and endurance, and will be updated for the contemporary operating environment.
Replacement patrol boats have been offered to all current participating states including Papua New Guinea, Fiji, Tonga, Solomon Islands, Tuvalu, Kiribati, Samoa, Vanuatu, Federated States of Micronesia, Palau, Republic of Marshall Islands, Cook Islands, as well as new member Timor-Leste.
The RFT will be an open tender for both the procurement and sustainment of the replacement vessels, along with sustainment of the current Pacific Patrol Boats until their end of life, as well as the new Tongan Landing Craft Medium.
Under the essential requirements of the RFT, the replacement vessels will be built in Australia, and be of steel hull construction.
The key requirements are:
Following this tender process, the Government said it expects to make further decisions about the project nearing the end of 2015.
The RFT will be released by Defense on AusTender.