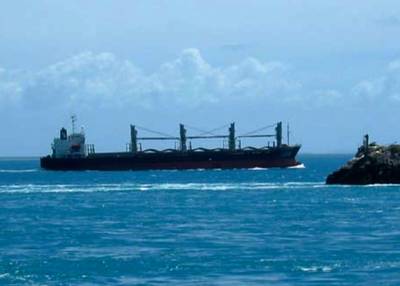 “This allows AMSA the ability to respond to maritime environmental emergencies in sensitive sea areas of the Torres Strait, the northern Great Barrier Reef, as well as within the Coral Sea both quickly and effectively,” Mr Peachey said.

AMSA manages a network of 492 navigational aids at 381 sites around Australia, assisting the commercial shipping industry to make safe and efficient passages. “About 40 per cent of AMSA’s aids to navigation are located within the Great Barrier Reef, Torres Strait and the Coral Sea regions, which are challenging to navigate,” Mr Peachey explained. “The emergency towage vessel also provides a platform to support the maintenance of aids to navigation in these areas.”

Australian Maritime Systems Limited will maintain AMSA’s aids to navigation network and provide a Level 1 emergency towage capability under the contract. Both contracts are fixed price for a term of ten years.

The maintenance contractor will also upgrade aids to navigation equipment during the contract period. “These are used as key navigational tools by seafarers, enabling them to take responsibility for their safety at sea,” Mr Peachey added.