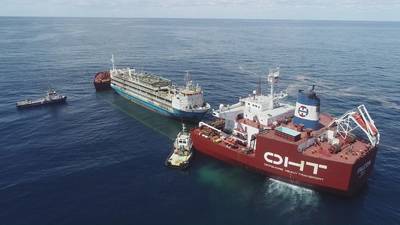 A "poorly maintained" livestock carrier seen operating with a list and a hole in its hull has been banned from Australian ports for a period of 24 months, the country's "most severe banning to date", authorities said Friday.

The Marshall-Islands-flagged Barkly Pearl was initially spotted on November 3, 2020 traveling through Australia’s northern waters with a large hole in its hull, and the Australian Maritime Safety Authority (AMSA) issued an intervention direction instructing the unseaworthy vessel to the nearest safe harbor at Geraldton due to concerns over the structural integrity of the vessel, potential threat of pollution and immediate risk to the seafarers’ safety

For the past two months, AMSA ship inspectors worked with the Barkly Pearl's owners and operators to develop an appropriate repair solution, and on Thursday the ship was loaded onto the semi-submersible heavy load carrier Falcon to be hauled away from Australian waters. 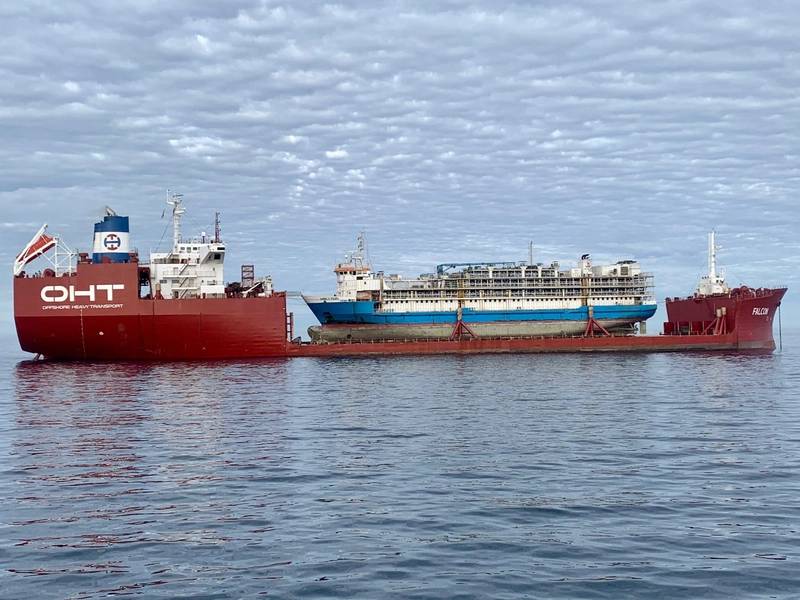 But, before it could depart Australian waters, the Barkly Pearl was issued with a refusal of access direction notice, under the Navigation Act 2012. This means the ship is banned from entering or using an Australia port for 24 months, said AMSA’s General Manger Operations, Allan Schwartz.

"This is a significant decision by AMSA. It’s the first time a vessel has been banned from Australian ports for this length of time and it will certainly affect the vessel’s commercial operations," Schwartz said.

"The Australian community expects that any vessel operating or traveling through our waters is seaworthy. Consequently, when vessels are found to be so poorly maintained, AMSA will not hesitate to use the suite of powers available to it.

"The owners and operators of the Barkly Pearl were negligent in their maintenance of the vessel, put the lives of the seafarers on board at risk and posed an immediate threat to Australia’s marine environment.

"As a result, AMSA has determined that the Barkly Pearl should be banned for two years."

Livestock carriers, used for the multibillion export trade of cattle, goats and sheep, have been under closer assessment following several recent disasters at sea. Just two months prior to the Barkly Pear incident, the Gulf Livestock I sank with 43 crew and nearly 6,000 cattle aboard after losing an engine in stormy weather in the East China Sea off Japan while sailing from New Zealand to China, prompting the latter to launch an investigation into its livestock shipping practices. 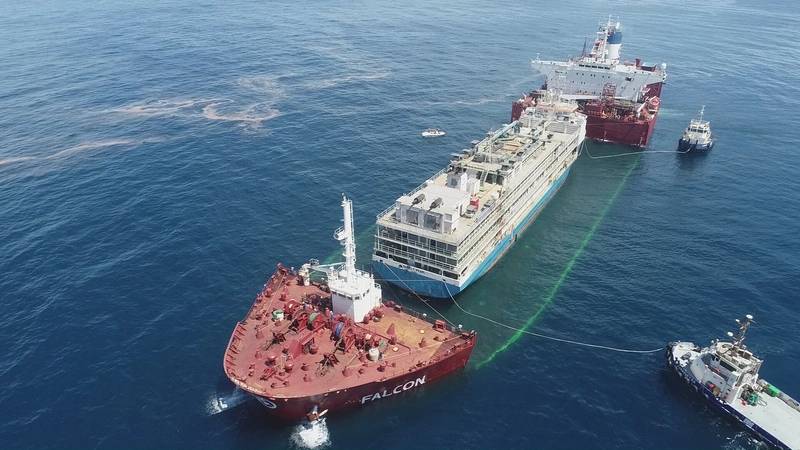