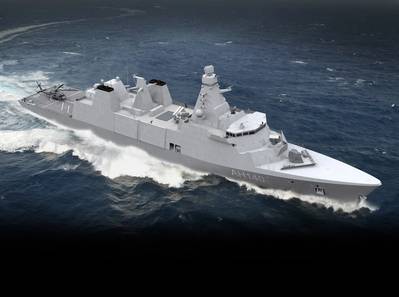 Aerospace, defense and security company Babcock said it is gearing up to showcase its frigate design, build and support credentials as it continues its engagement in Greece around its bid to deliver the Hellenic Navy’s new frigate modernization program.

Supported by the U.K. government, Babcock has been fine-tuning its program to provide the Hellenic Navy with a Hydra Class upgrade program, an interim frigate capability and four Babcock Arrowhead 140 frigates.

Babcock said its industrial strategy would see it support the modernization of Greek shipyard facilities, underpinned by partnering proposals with Greek industry to develop local workforces and transfer knowledge and technology within the wider domestic shipbuilding and ship repair supply chain.

Over the last three months Babcock has engaged more than 100 suppliers and following recent meetings led by the British Company’s Group Chief Executive, David Lockwood, at both the Skaramangas and Elefsina shipyards, Babcock has continued its previous in–country supplier engagements. In all, one-to-one discussions have been held with more than 20 Greek companies.

These discussions, covering detailed scopes of supply, technical requirements, commercial processes and strategic alignment, are part of a coordinated program of industry participation with Thales in the UK and MBDA UK, and are at an advanced stage with Supplier Agreements expected to be in place imminently.

Senior members of the Babcock team will be at Defense Exhibition Athens (DEFEA) being held 13-15 July, the international defense and security exhibition, to speak with delegates about the company’s global frigate experience that is perfectly aligned to Hellenic Navy’s requirements.