Baltic Dry Index On the Rise 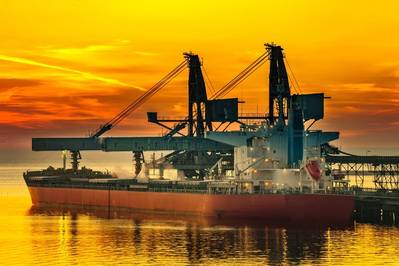 The overall index, which factors in rates for capesize, panamax and supramax shipping vessels, was up 17 points, or about 1%, at 1,746, in its second day of gains after Tuesday's 11.3% jump.

"The recent weather disruption in Asia supported owners’ sentiment which coupled with the strong grain stems out of both the ECSA and NCSA (east coast and north coast, South America) led to w-o-w improvements across all sectors," ship broker Intermodal said in a weekly note on Tuesday.

The dry bulk index logged its best week since February on Friday, largely driven by a 126% gain in the capesize vessel segment.

Meanwhile, India is considering allowing overseas shipment of some rice cargoes stuck at ports after the world's biggest exporter of the grain imposed restrictions earlier this month, a government official said on the condition of anonymity.

The supramax index .BSIS rose for a sixth consecutive session, adding 25 points to 1,605.

(Reuters - Reporting by Harshit Verma in Bengaluru;Editing by Vinay Dwivedi)