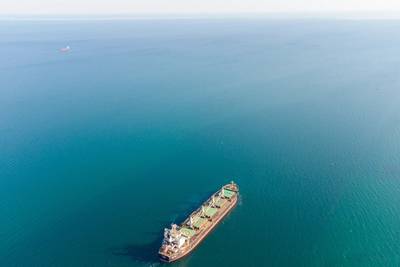 The Baltic Exchange's main sea freight index dipped to a near six-month trough on Friday and registered its worst week in more than two months, hit by weakness across vessel segments.

The overall index, which factors in rates for capesize, panamax and supramax shipping vessels, fell 43 points to 1,560, its lowest since Feb. 8.

That in part drove the main sea freight index to a weekly loss of nearly 18%.

BIMCO's Rasmussen also pointed to risks around a deal to unblock Ukraine's grain exports from the Black Sea.

He said, "This corridor has been established to allow exports of Ukrainian grain ... but the agreement so far is only for 120 days so who knows whether it's going to be extended?"

The deal, which allows for Ukrainian grain to be shipped to world markets via Turkey, must be renewed every 120 days.

The implementation of an EU ban on Russian coal could also prompt the bloc to look elsewhere for imports, Rasmussen added.