Baltic Index Dips as Capesizes Slide to Near 6-month Low 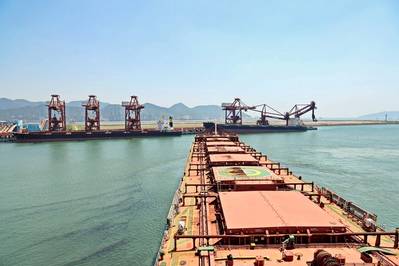 The Baltic Exchange's main sea freight index fell on Tuesday, as concerns over trade frictions between Australia and China on coal shipments sent capesize rates to a near six-month low.

The issues that are ongoing between Australia and China and the impact they are having on the coal sector is having an effect on sentiment, said Rebecca Galanopoulos Jones, head of research, Alibra Shipping, referring to the capesize segment.

Australia said last week it was closely monitoring exports to China, amid "deeply troubling" reports that Chinese buyers have been told not to purchase multiple categories of Australian goods including coal. China buys nearly a third of Australia's exports.

Recent reduction of production targets for the year by key Brazilian iron ore exporter Vale, high iron ore prices and Western markets winding down as the year comes to a close are all pressuring the dry bulk shipping sector, Jones added.