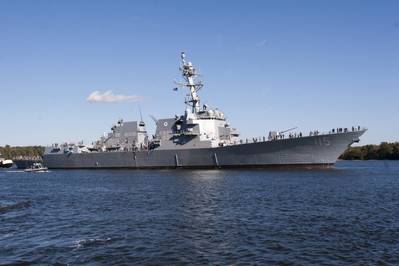 The milestone was marked by a ceremony on Tuesday at General Dynamics BIW's structural fabrication facility in Brunswick, Maine.

When operational, this multimission surface combatant will serve as an integral player in global maritime security, engaging in air, undersea, surface, strike and ballistic missile defense as well as providing increased capabilities in anti-submarine warfare, command and control and anti-surface warfare.

The ship will honor Marine Corps General Louis Hugh Wilson, Jr., who was awarded the Medal of Honor for his indomitable leadership and daring combat tactics in the Battle of Guam in 1944.