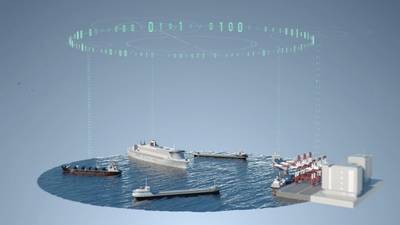 STM Clause is the nine industry actors launched a new common governance initiative, the first shore centre outside a project joined the STM community. "We received positive response from many of the around 200 active test ships and most of the 500 bridge officers who manned the simulator bridges during the STM test scenarios.," said a press note.

"On top of this we have arranged a successful STM Validation Project Final conference at IMO, London with 350 participants and two new STM implementation projects are up and running; EfficientFlow and Real Time Ferries," it said.

The STM Validation Project has been extended with another 6 months to allow further collection of data from the involved testbeds and further data analysis.

The concept of Sea Traffic Management has been developed during EU-financed research and innovation projects with a number of European partners within academia, governmental bodies and the industry. Read more about the STM Validation Project and other projects.

The concept, which is somewhat inspired by the European programme for Air Traffic Management has a Master Plan for how STM will be implemented up till the year 2030.

Cruise Ship Stranded by Coronavirus Fears to Dock in Cambodia

Cambodia has agreed to let a cruise ship, that has been turned away by five countries over fears that someone aboard may have the coronavirus…