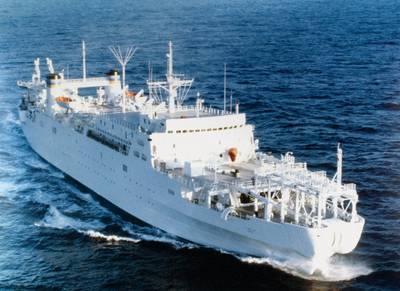 The Navy’s only operational cable ship, the nearly 40-year-old USNS Zeus (T-ARC 7), is approaching the end of its service life, and the Navy is interested in recapitalizing its undersea cable installation and repair capabilities, as well as adding the new mission sets of acoustic, hydrographic, and bathymetric survey; and deploying and recovering unmanned underwater vessels.

BMT's contract consists of capability and cost trade studies in key areas, investigation of options to maximize affordability and producibility, and development of a concept design. Partners on the project include Fincantieri Marine Group (FMG), ABB Marine & Ports and Noise Control Engineering.

BMT said it will develop a T-ARC(X) design that integrates its team’s portfolio of operating cable ship designs with a newly tested hull form. BMT’s approach will apply the successful methodology employed on similar industry studies performed recently. The team also integrates producibility considerations in its approach through its shipbuilding partner, FMG.

Rick Cox, Vice President in BMT’s U.S. defense business, said, “We’re excited to continue our vessel design support to the U.S. Navy. This award demonstrates the strength of BMT as a trusted design partner of choice, the diversity of our vessel portfolio, and our global naval architecture capabilities.”

“We are pleased to be part of this tremendous industry team led by BMT on this important program,” said Mark Vandroff, Fincantieri Marine Group’s Senior Vice President of Business Development.  “We believe our team will ultimately provide the Navy with a sustainable and capable ship to perform this critical mission.”

The award is the latest in a series of similar U.S. government industry studies contracts awarded to BMT, including the Navy’s T-AGOS(X) and U.S. Coast Guard’s Offshore Patrol Cutter programs.