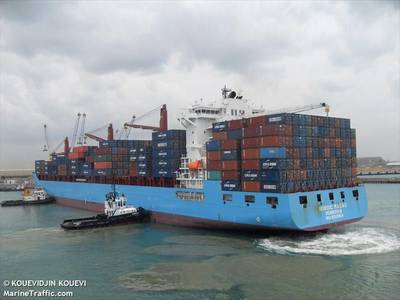 Oslo-listed Borealis Finance said Thursday it had sold 10 container ships for $203,550,000 in total and that it had informed Nordic Trustee it would prepay $188,000,000 outstanding under its Bond Issue.

The company did not say who the buyers were but said the vessels were on Thursday delivered to new owners. It is possible that the buyer is Global Ship Lease, as Borealis in June said it had agreed to sell twelve container vessels to Global Ship Lease, Inc. for a total consideration of $233.89 million.

Borealis Finance, which indirectly owns a fleet of container and bulk vessels, on Thursday said the following 10 vessels were delivered to new owners:

In a separate statement, released a little over an hour after the sale, the company said it had notified Nordic Trustee, who is acting as bond trustee for its Senior Secured Callable Bond Issue 2017/2022, that the company would exercise the call option to prepay USD 188,000,000 outstanding under the Bond Issue.

"The outstanding bonds will be redeemed at a price equal to 102.25 percent of the nominal amount for each redeemed bond, together with accrued interest on the redeemed bonds, amounting to USD 195,637,500," Borealis Finance said.

The settlement will take place on  August 13, 2021, and following the prepayment, no further bonds under the Bond Issue will be outstanding.