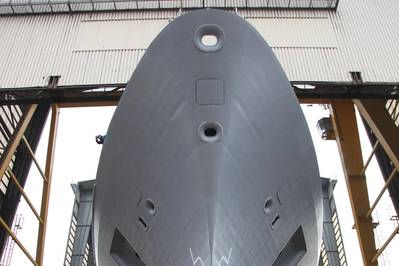 A consortium formed by Germany’s Thyssenkrupp AG and Brazilian planemaker Embraer SA signed a deal on Thursday to deliver four frigates to Brazil’s navy between 2025 and 2028, the companies said in a statement.

The contract signed in Rio de Janeiro is part of Brazil’s drive to modernize its navy so it can patrol off-shore resources in the Atlantic, such as Brazil’s vast pre-salt oil reserves.

The companies did not disclose the price tag. The Brazilian navy website said the four-ship program will cost about $2 billion.

Last year, the companies had been selected as preferred suppliers for the contract to deliver four Tamandaré class corvettes, but the original design was enlarged and the navy says they are frigates.

The program is the first large investment decided by the government of far-right President Jair Bolsonaro, who has boosted defense spending and appointed military officers to his Cabinet.

The ships will be totally built in Brazil, at the naval shipyard of Itajaí in Santa Catarina State, with local content rates above 30% for the first vessel and 40% for the others. Thyssenkrupp will supply the technology.

A majority stake in TKMS, which has an enterprise value of about 525 million euros ($587 million) according to Credit Suisse estimates, could be sold in an ongoing restructuring process of the group, Thyssenkrupp has said.

TKMS is Germany’s second-largest defense group after Rheinmetall, which, along with France’s Naval Group, has been mentioned as a potential buyer of the unit in the past.