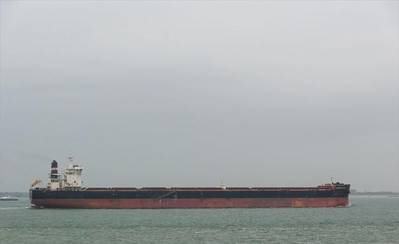 BIMCO says the year 2021 has started strongly for the capesize market with 1,427 journeys completed or underway in the first 20 days of the year, a 10.4% increase compared to the same period last year, according to figures from VesselsValue. This counter-seasonal upswing stands in contrast to the development for all other dry bulk ships which have seen a 2.8% decline in activity in the same period, BIMCO says.

BIMCO says it expects that the number of capesize journeys completed or still underway when January comes to an end, will exceed the 1,768 recorded in December 2020.

Cold weather in the Far East and record high electricity production in China has, among other things, caused higher demand for Capesize imports. Coal in particular is in high demand with rising prices for domestic coal in combination with tightening availability. Transport demand from iron ore has also been counter-seasonally strong, with Australian miners selling whatever they can to benefit from high commodity prices. 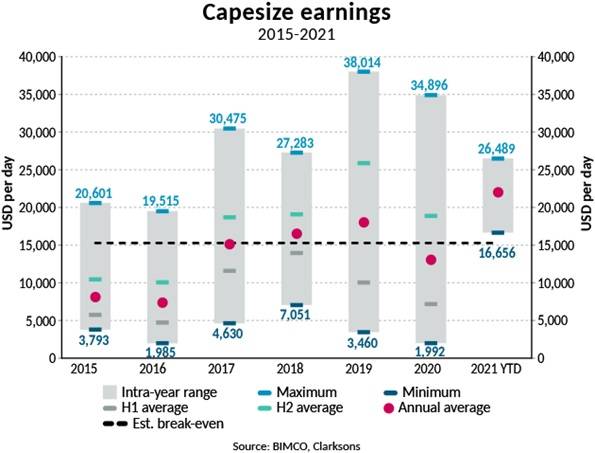 “The capesize market has always been volatile, but in the past two years, this has been amplified. In 2020, the difference between the highest and lowest daily capesize earnings was almost $33,000. While 2020 was in many ways an unprecedented year, the range was in fact even higher in 2019 and this volatility is unlikely to disappear any time soon,” says Peter Sand, BIMCO’s Chief Shipping analyst.

“However, 2021 may prove more profitable as the world starts recovering with a potential boost from heavy infrastructure stimulus, which is expected to outweigh headline worthy disruptions, particularly in relation to Chinese coal imports,” Sand says.

The Baltic Exchange's main sea freight index gained on Tuesday, snapping a four-session run of losses, helped by stronger rates in the capesize and pa