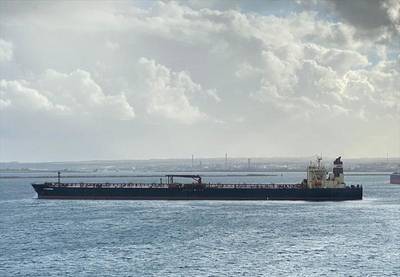 Cargo onboard a tanker that leaked oil off China has been removed and preparations are underway so the vessel can sail to a Chinese repair yard, the ship's manager said on Wednesday.

The A Symphony was anchored roughly 40 nautical miles (74 km) off the coast of Qingdao when it was struck by the bulk carrier Sea Justice in dense fog on April 27. The collision ruptured A Symphony's cargo and ballast tanks, causing it to leak roughly 400 tonnes of its bitumen mix cargo.

Work has taken place in recent days to unload the tanker's cargo, known as lightering.

The vessel's manager, Goodwood Ship Management, said in an email that the cargo transfer had been completed and the ship was undergoing tank cleaning operations, which were expected to be completed in the next 72 hours.

The vessel will then proceed to China's CUD Weihai shipyard for repairs, Goodwood said. The yard is located along the Yellow Sea.