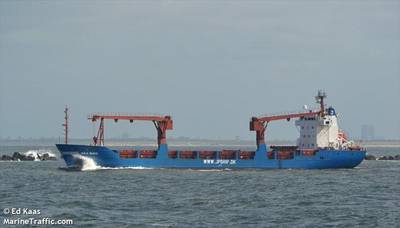 A Togo-flagged cargo ship sank on Saturday after hitting Greek islets in the Aegean Sea but all 16 crew were rescued, the Greek coast guard said.

The freighter Sea Bird, which sailed from Ukraine and was bound for Tunisia, sent a distress signal after sailing into rocky islets in the southwestern Aegean Sea, the coast guard said in a statement.

It was not immediately clear what caused the accident.

Three anti-pollution vessels have rushed to the scene to check whether there was any leaking from the freighter, the coast guard added.