Carnival Plans to Save 1 Billion Gallons of Fuel 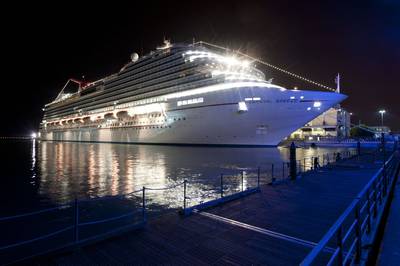 Carnival Corporation’s multiyear Fuel Conservation Program expected to save more than one billion gallons of fuel and $2.5 billion in fuel costs, while reducing carbon emissions by 12 billion kilograms by the end of 2014; fleet of over 100 ships will see 24 percent improvement in fuel efficiency from 2007 through 2014

Carnival Corporation & plc released the results of its multiyear Fleet Fuel Conservation Program that states by the end of 2014 the cruise company will have saved more than one billion gallons of fuel and reduced fleet carbon emissions by 12 billion kilograms over a seven year period.

By the end of 2014, Carnival Corporation's Fleet Fuel Conservation Program will have improved the fleet's overall fuel efficiency by 24 percent compared to 2007, while saving approximately $2.5 billion in fuel costs, the company's single biggest expense. Carnival Corporation announced the results of its fuel conservation efforts in conjunction with a National Press Club event celebrating world tourism today in Washington, D.C.

Carnival Corporation's Fleet Fuel Conservation Program combines energy-saving programs onboard current ships with new energy-efficient ship designs to reduce energy consumption and boost fuel efficiency across its fleet of over 100 ships. The program has become a cornerstone of the corporation's strategy to collaborate across its nine industry-leading brands and leverage its scale, while supporting sustainability initiatives designed to reduce environmental impact from maritime operations.

Since cruise ships generate their own electricity from fuel, Carnival set out to uncover every feasible way to reduce onboard energy usage and launched several key conservation initiatives since 2007 that have driven the success of the Fleet Fuel Conservation Program. These efforts include:

New ship builds also drive significant improvements in fleet fuel efficiency through energy-saving innovations that are designed directly into the new vessels. By adding over 30 new ships to its fleet since 2007, Carnival Corporation has capitalized on the latest advances in energy efficiency, including building larger ships with highly efficient propulsion systems that incorporate new computer-modeled hull designs and the latest in fuel-efficient propeller and engine combinations.

"We have made great strides in working together to reduce energy and fuel consumption across our fleet, which is a top priority for us as a company," said Arnold Donald, CEO of Carnival Corporation. "We are very proud of our conservation efforts, but we also realize that doing our part to reduce carbon emissions and help protect the environment is a job that is never complete. We're committed to building on the momentum of our sustainability initiatives because it is the right thing to do for the environment and our fellow citizens, the passengers and crew on our ships, the communities we visit, and also for our business."

Expanding Environmental Efforts Across Nine Global Cruise Brands
Carnival Corporation's Fleet Fuel Conservation Program is part of its deep-rooted commitment to protect the natural environments in which it operates, while also reducing emissions from its ships and improving air quality. The company's more than 100,000 employees drive this commitment to preserve the oceans and seas that provide livelihoods and enjoyment for millions of people around the world.

Fuel conservation is Carnival's top environmental priority and the company is expected to increase fuel efficiency by five percent in 2014 alone. Driven largely by its energy and fuel conservation efforts, Carnival is now in a position to exceed its goal of a 20 percent reduction in carbon emissions by 2015.

Carnival Corporation is investing as much as $400 million to design, build and install an industry-first exhaust gas cleaning technology, called ECO-EGC™, to more than 70 percent of its fleet. The system uses filters and seawater to remove pollutants from exhaust gases, significantly advancing cleaner air quality for oceangoing vessels.

In addition to these efforts, the company continues to focus on additional environmental initiatives, including using effective waste management, employing on-board environmental officers on every ship and partnering with environmental organizations such as The Nature Conservancy to support protection of the global marine environment.

These efforts by Carnival Corporation paired with efforts from other parties in the maritime industry have had an impact on environmental preservation. According to the Secretary General of the International Chamber of Shipping, there has been a 20 percent reduction in greenhouse gas emissions for the entire global maritime transportation industry from 2007 to 2012. Carnival is also a member of the Sustainable Shipping Initiative whose main goal is to promote sustainability within the global maritime industry.

Throughout 2014, Carnival Corporation has accelerated this collaborative approach to better leverage its scale as the world's largest cruise company. The company's extensive working-together program across its brands is designed over the longer term to generate significant cost-savings and revenue while improving quality and providing vacations that consistently exceed guest expectations. This effort embodies and helps actualize the sustainability values embedded in Carnival Corporation's Health, Environment, Safety and Security Policy.