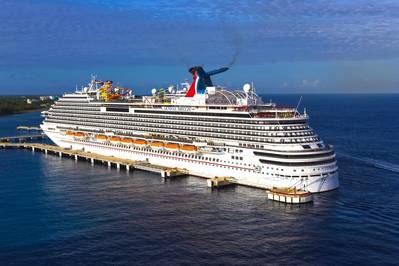 Carnival Corp reported a bigger-than-expected preliminary fourth-quarter net loss on Monday as the cruise operator’s business was brought to a virtual standstill by the COVID-19 pandemic.

The world’s largest cruise company’s shares fell 2% to $20.04 in morning trading, after plummeting nearly 60% over the last year as the health crisis hammered holiday tourism demand across the globe.

Carnival, which extended its pause on U.S. cruise operations until March 31, said it was working to bring all its ships back in service by the end of the year. It hopes a broader distribution of COVID-19 vaccines and cheaper testing will help rein in the pandemic.

The company said it ended the fiscal year with $9.5 billion in cash and has the liquidity to sustain itself through 2021, even in a zero-revenue environment.

It expects to burn cash at an average of $600 million per month in the first quarter, about $100 million more than in the fourth quarter as it makes preparations to restart cruises.

The company reported a preliminary adjusted net loss of $1.9 billion for the fourth quarter ended Nov. 30, compared with analysts’ estimates of $1.58 billion, according to IBES data from Refinitiv.

In the third quarter, Carnival had reported a loss of $2.86 billion. (Reporting by Uday Sampath in Bengaluru; Editing by Shinjini Ganguli)

(Reporting by Uday Sampath in Bengaluru; Editing by Shinjini Ganguli)