Cathelco Wins Trio of Orders for ICCP Systems on FPSOs 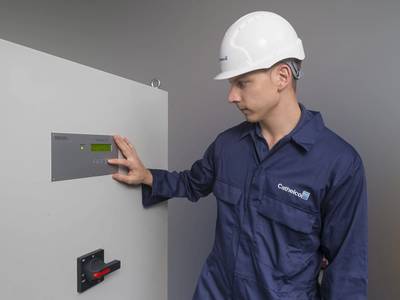 Cathelco have won orders to supply hull corrosion protection systems for three FPSOs. Two of the systems are being supplied to MODEC, while the third will be installed by Sembcorp Marine’s Jurong yard in Singapore.

The FPSO Cidade de Campos dos Goyatacazes is being built by MODEC for deployment off Brazil by Petronas. It will be capable of processing 150,000 barrels of crude oil per day, 176 million cubic feet of gas, and have a storage capacity of 1.6 million barrels. Due for delivery in late 2017, it will be positioned in the Campos Basin, 125 kilometers from Macae.
To protect the vessel against corrosion, Cathelco will supply an impressed current cathodic protection (ICCP) system which will safeguard the hull over an operational life of 20 years.
The FPSO Cidade de Campos dos Goyatacazes will be installed with 1,000 amp forward system and a 1,200 amp aft ICCP system, each consisting of six hull mounted disc anodes and two reference electrodes.
In operation, the reference electrodes measure the electrical potential at the hull/seawater interface and send a signal to the control panel which raises or lowers the output to the anodes accordingly. In this way, as paint loss increases over time, the ICCP system continues to provide the optimum level of protection.
The vessel will be installed with the latest Quantum control panels which provide comprehensive data about the performance of the system. A further advantage is the whole system (forward and aft) can be monitored from the aft control panel. This simplifies monitoring for the crew and enables data to be downloaded to a USB stick and sent to Cathelco for detailed analysis.
Cathelco are supplying another ICCP system for the FPSO Catcher which is being built by the IHI Corporation’s yard at Aichi, Japan under the supervision of MODEC who are working on behalf of BW Offshore.
After the integration of the topside modules and completion in Singapore, the FPSO will be deployed in Premier Oil’s Catcher field in the North Sea. It will be capable of processing up to 60,000 barrels of crude per day and have a storage capacity of 650,000 barrels.
The FPSO Catcher will be installed with forward and aft ICCP systems, each 400 amps and consisting of two hull mounted disc anodes and two reference electrodes. The anodes and reference electrodes are designed to be diver changeable, enabling them to be replaced at sea, if necessary, without the need for drydocking. The Quantum control panels provide connectivity between the forward and aft units, enabling the whole system to be monitored from the aft location.
A third order has come from Sembcorp Marine’s Jurong yard in Singapore where a shuttle tanker is to be converted into FPSO Libra.
Scheduled for completion in 2016, the FPSO will have the capacity to produce 50,000 barrels of oil and 4 million cubic meters of natural gas, per day. It is expected to be chartered by Petrobras for use in the Libra field in Brazil’s Santos Basin.
Cathelco will provide a 400 amp forward and a 600 amp aft ICCP system for the FPSO Libra, the former consisting of two anodes and two reference electrodes, whilst the more powerful aft system will have four anodes and two reference electrodes.