Shipping companies may face delivery delays of vessels fitted with exhaust gas filtering equipment that complies with anti-pollution rules that kicked in this year due to the impact from the virus outbreak in China, shipping sources said on Friday.

A Mitsui OSK Lines executive said many vessels were in Chinese docks to get so-called scrubbers installed to meet the new emissions rules but with four Chinese provinces asking companies to extend the Lunar New Year holiday by a week, to Feb. 10, workers may not be available to complete installations.

"There are concerns that workers may not return so soon to Chinese repair yards where many vessels are waiting for scrubbers to be installed," Takashi Maruyama, Mitsui OSK Chief Financial Officer, told a news conference. He added those vessels include no Mitsui OSK ships.

"This may eventually reduce the number of vessels available and may lead to a tighter shipping market," he said.

"Ships in drydock are reportedly lying idle without any work being carried out," said a Singapore-based shipbroker adding that in some cases even provisions cannot be supplied to crews onboard ships in drydock.

Kawasaki Kisen Kaisha's Executive Officer Yu Kurimoto also said people were not allowed to enter or exit some areas where there are many repair docks in China.

In the biggest shake-up for the oil and shipping industries in decades, the International Maritime Organization (IMO) banned ships from using fuels with a sulphur content above 0.5%, down from 3.5%, unless they are equipped with sulphur-stripping devices known as scrubbers.

The ruling started this month as the coronavirus outbreak of gathered pace and spread across the world from Wuhan, China. China is one of the world's biggest centres for ship building, maintenance and refitting.

The United States warned Americans not to travel to China as the death toll from the virus reached 213, a day after the World Health Organization (WHO) declared a global health emergency.

Mitsui OSK's Maruyama said shipping companies had also been banned from changing crews at some China ports, including Dalian and Qingdao.

Scrubber retrofits and removals of older fleets with a high compliance cost are expected to lead to fleet tightening, which will help increasing freight rates across sectors and ultimately boost orders, IHS Markit said last week.

About 2,000 vessels, or less than 10% of the global fleet capacity, had been equipped with scrubbers, as of Jan. 1, according to IHS Markit.

A Chinese international trade promotion agency said it would offer force majeure certificates to companies struggling to cope with the impact of the new epidemic on their business with overseas partners.

MAN Engines said it is supplying engines for German customs vessels for the first time in the history of the Federal Republic of Germany.The vessels…

Japanese shipping firm NYK said Thursday it had delivered the LNG carrier LNG Endeavour to TotalEnergies on a long-term charter.The… 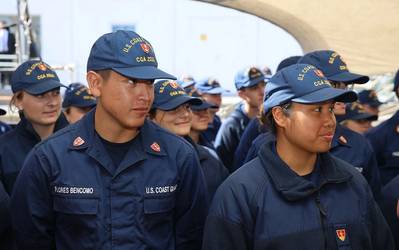 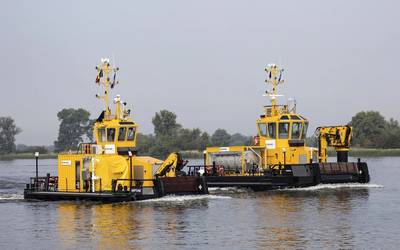