Chinese Coal Imports on the Rise 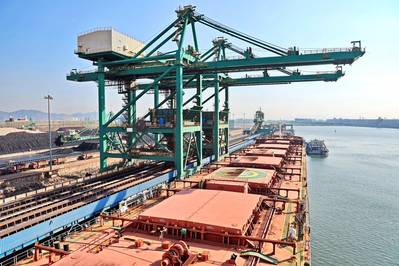 China's coal imports in April surged 22% from a year earlier, as traders scrambled to snap up low-cost coal from the seaborne market amid plunging demand for the fuel worldwide because of the coronavirus pandemic.

The world's largest coal buyer imported 30.95 million tonnes of coal last month, according to the official data from the General Administration of Customs released on Thursday.

Weekly spot prices of benchmark thermal coal from Australia's Newcastle Port were $49 a tonne as of May 4, the lowest since February 2016. It plummeted 28% from a peak of $68.25 in January, before China imposed widespread lockdowns to prevent spread of the coronavirus.

Prices for Chinese domestic thermal coal with same quality were around 475 yuan ($66.94) a tonne as of May 4, according to data from China Coal Market.

Having eased curbs to retain the spread of the coronavirus epidemic, China has been striving to resume industrial operations and to encourage residential consumption in order to bring the economy back to normal.

China's electricity consumption has rebounded in April, which helped to support demand for coal, the most widely used fuel for power generation.

"Nationwide, we expect that thermal coal demand (in China)will continue to see negative year-on-year growth through April and May, but the pace of contraction is slowing," said Gavin Thompson, Asia Pacific Vice Chairman at Wood Mackenzie.

But Thompson expects non-power demand for thermal coal to remain soft, partly because of weak exports from China amid clogged supply chains around the world.