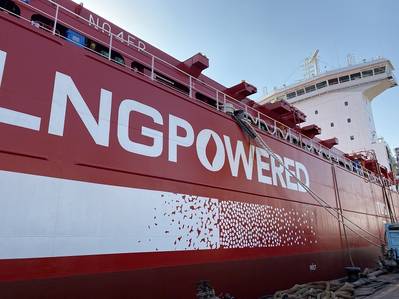 After the introduction of its three sister ships, the CMA CGM Group took delivery of the Containerships Arctic, on December 10th, 2019. Once it will have made its way from Guangzhou Wenchong Shipyard to Europe, the vessel’s first LNG bunkering will be carried out in Rotterdam. There, it will fuel an approximate of 200 metric tons of liquefied natural gas via ship-to-ship bunkering.

The ship will then be phased into CMA CGM’s Baltic feeder services, before joining Containerships’ BALT-1 short-sea line in early 2021.

Containerships was the first European operator to use LNG as the main fuel source, including sea and land transportation. The Containerships Arctic will perfectly complement Containerships’ innovative and sustainable multimodal transportation portfolio. This forms an integral part of the CMA CGM Group’s environmental strategy.

At a glance – Containerships Arctic: