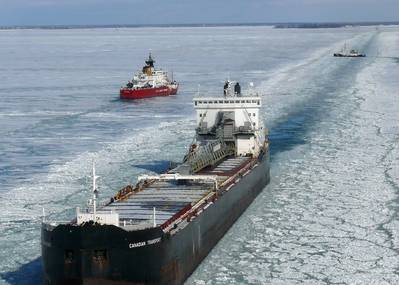 In the coming weeks, various commercial waterways may close after due consideration is given to the protection of the marine environment and the safety of island residents who, in the course of their daily business, use naturally formed ice bridges for transportation to and from the mainland.
The authority for Coast Guard domestic ice breaking was created in 1936, by a signed Executive Order 7521 by President Franklin D. Roosevelt directing the U.S. Coast Guard “to assist in keeping open to navigation by means of ice breaking operations, in so far as practicable, and as the exigencies may require, channels and harbors in accordance with the reasonable demands of commerce.”