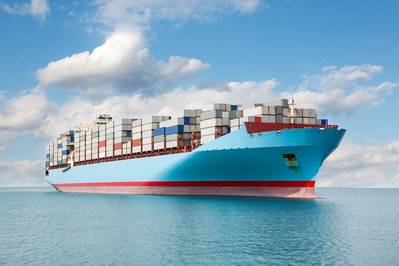 Brazilian coffee exporters are struggling to find shipping capacity to transport a bumper crop from the world's top producer, which could result in supply delays to roasters worldwide.

Abundant overall supplies in consuming countries, however, will limit any near-term impact from shipping delays of Brazil's new crop and are not yet seen impacting coffee prices that are 12-year lows.

Farmers in Brazil are finishing what the government and industry expect to amount to a record coffee crop of around 60 million 60-kg bags compared with 45 million bags last year.

Container ships do not have the capacity to immediately take the huge volume of beans that are arriving at top exporting ports such as Santos and Rio de Janeiro, importers and exporters said.

That means exporters, which typically book capacity on container ships one or two weeks in advance, have a wait of up to eight weeks, they say.

For Unique Coffee Roasters, a mid-sized roaster on New York's Staten Island, new-crop shipments from Brazil scheduled to arrive in early September have been postponed to October due to shipping delays, said Joseph Ferrara, director of the company's Coffee and Operations department.

"It's happening to everyone. It's not something (importers) can really control," said Ferrara, adding the roaster has enough inventory to wait out the delay.

The shipping delays come after U.S. coffee imports from Brazil fell 6.6 percent in the first half of 2018 to a six-year low, U.S. International Trade Commission data showed.

"There is less availability of liners, of ships," said Rodrigo Costa, director of trading for Comexim USA.

"Usually it will take a week at most to get a new booking. Now sometimes it's taking three to four weeks."

Brazil's coffee exporters association Cecafé said in its latest monthly report that July shipments, which were up 28 percent from a year prior, could have been even bigger if not for "difficulties at ports."

This comes after Brazil, Latin America's largest economy, suffered its deepest recession on record in 2017, which reduced its imports and consequently cut the availability of containers available to be used for exports, importers and exporters said.

Only commodities that are transported in containers have been impacted by reduced shipping space, traders said. Grains and sugar, which are largely transported in bulk carriers that transport unpackaged cargo, are not facing the same waiting time, exporters and importers said.

Coffee, on the other hand, is shipped in containers, and its transportation pinch is being felt now as Brazil harvests and ships its large 2018/19 crop.

It was not clear if container ship availability will improve in the future as the country's economy remains sluggish and its imports remain low.

And while Brazilian coffee sales reached 38 percent of production by Aug. 7, which was up from 34 percent at the same time a year ago according to Safras & Mercado data, arabica coffee prices have since tumbled to 12-year lows below $1 per lb on pressure from the weak Brazilian currency.

The low price was expected to reduce farmer selling, which could help ease the shipping logjam, though any price rebound would increase sales and the country's coffee flow in coming months, one of the largest Brazilian exporters said.

For now, the bottleneck is exacerbated by this year's enormous crop, the exporter said, adding it cannot find extra space beyond a previous agreed allocation with ship owners.

"We have a volume 'x'. The liner will deliver that volume, but if we need additional cargo space, they already said they don't have it," the exporter said, asking not to be named because the company did not want to speak publicly about the issue.