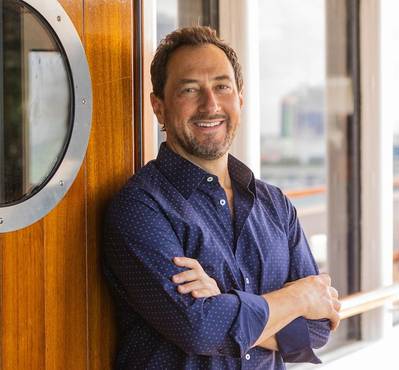 Stuart Ostrow developed ShipMoney as a means to make the process of paying crew more efficient and cost-effective for both vessel owner/operators and the crew. Little did he realize then that his company would be instrumental in helping seafarers during their greatest time of crisis.

I'm the definition of an accidental salesman. By professional training, I'm a Big Six CPA, and I was always one of those frustrated accountants. Many years ago, I read a business plan that talked about prepaid.  It was a poorly written but an interesting idea that piqued my interest.  I began to research and realized that there was an emerging third Visa/MasterCard scheme called prepaid.  This was right at the very beginning of prepaid.

Today there are many varieties of prepaid program including gift cards, incentive cards, rebate cards; and, of course, payroll. So I wrote a business plan, raised some friends and family funds, found a bank in Chicago that was very early in prepaid; they loved my business plan and said, "Let's do business together."

But my first program was not maritime.  That Program was for specialized insurance payments for senior citizens. Then a college friend introduced me to a company called MTN, Maritime Telecommunications Network, which was a South Florida based satcom company that provided services to the cruise line industry. MTN managed Internet Café’s on about 90 vessels and was having a tough time paying their onboard managers who were all foreign nationals. Post 9/11, the banks made it very difficult for foreigners to open accounts in the US.  MTN successfully used our payroll card program to administer pay for their onboard crew solving a fundamental problem they were dealing with.

This giant light bulb went off in my head that said, "you have this vertical market that represents more than 250,000 crew members working on cruise ships; they all come from foreign countries and they're all paid in cash." It was the perfect opportunity to introduce a payroll card program.

As I began to research the industry, I realized the opportunity.  Once a month a Brink's truck with a million+ dollars would back up to a port. Two guys would bring the cash onboard and the crew purser and a couple other people would spend the entire night breaking it up into envelopes to pay their crew. The next day there'd be a line of individuals. They hand them their pay and away you go. That's how the industry worldwide paid its crew members.  Mind boggling if you think about it. I asked the question, ‘what do those crew members do with their cash?’ Well, a lot of them send money home. And how do they do that? Well, if they're lucky enough to be able to get off of a ship in port, they would go out to a bodega or a remittance place, take out the cash that they just received, and send money home. So I made contact with Travelex, which was an international wire service provider, and I figured out that if I could take that wire service and connect it to a to a payroll card and enable crew members to get paid and send money home when they were on board, we would have a real solution.

Travelex bought into the idea and we were the first company in the world to take a  wire service and integrate it directly into a payroll card. And I actually remember where I was standing when that first wire happened. I was at a holiday lunch [ironically] at MTN's offices. And I saw the email and said, "Oh my God, somebody used the service." And the next day there were two wires. I knew at that moment that we were in business and that basically we solved a problem for the industry. We enabled the cruise industry to pay their crew members electronically instead of cash. and we enabled those crew members to send money home without ever leaving the ship.

Today payroll card programs are universally utilized across the cruise industry worldwide. That simple idea that I had – connect a wire service to a payroll card for crew members, fundamentally changed the entire industry in terms of how crew member are paid But it was strictly accidental. I knew that this thing was far bigger than anything I imagined when I was in a cab in Manila a couple of years ago chatting with the driver and mentioned what we do. He said to me, I know about that!!  My sister works on a cruise ship and has been using her payroll card for several years and loves it.  Halfway around the world, in a cab with a complete stranger talking about something that I created from a simple idea. 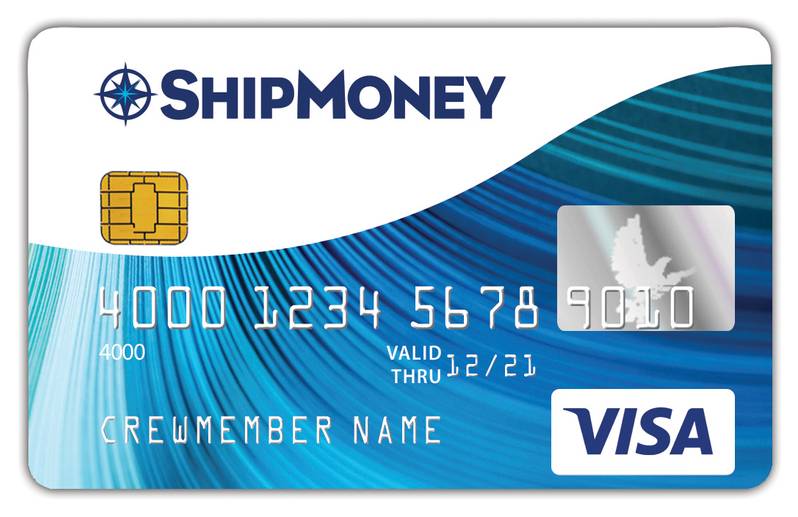 Indeed it is.  The commercial industry is a bit different in terms of how crew are paid compared to the cruise line industry. The commercial industry pays crew members via a combination of both cash onboard and a wire sent home. We did a presentation once a couple of years back in Manila at Crew Connect. And I did a back of the envelope calculation. If you look at the BIMCO estimate in terms of number of ships out there, call it 50,000 commercial vessels, and you take an estimate in terms of how much cash typically is on board at any one point in time, and how often cash is delivered, we calculated that somewhere in the order of $4 to $6 billion in cash being distributed in the commercial industry worldwide annually. And if you factor in the cost of delivering CTM (cash to master) at say at 3% , it's a big number. Not only is there the cost to deliver the cash, but there's also the capital cost of maintaining that cash on board. And for a lot of companies, depending on the trading routes of those ships, they would have to put cash on board for months at a time because they couldn't deliver U.S. dollars to a port in Africa, or it was expensive in a particular port in Europe.  And the delivery of cash for crew payroll advances only represents one cost associated with paying commercial seafarers.  It does not factor in fees and administrative burden associated with sending wire payments to home bank accounts.

We are fortunate to have a growing portfolio of commercial clients and have signed a number of very significant clients over the last nine months including Maersk and V.Ships.

We think that this pandemic has finally shaken the industry to ask itself: ‘why do we need cash on board?’ With regard to services, companies pay crew members one of two ways. They send cash on board and they send a wire home. If you have 1,000, 2,000 or 5,000 crew members, you're potentially doing 1,000 to 5,000 wires a month, which are expensive, difficult and inefficient to administer. ShipMoney solves both sides of the equation regarding paying crew members. It's a much more cost-effective way in terms of providing advances as opposed to cash. And it's a much easier to administer and manage versus large numbers of individual wire payments to bank accounts because with the push of a button, the crew members get paid in real time instantaneously.

One of the downfalls of wires is they take time. In fact you could make an argument under MLC that crew members are actually not paid on payday, because of the delay in terms of getting those wire sent. And there's another hidden aspect: is if a crew member has the account that's denominated in a foreign currency, and their contract is in U.S. dollars, the company wire, for example $2,000, but the receiving bank receives the $2,000, converts it into another currency into that bank account, and the crew member does not see the exchange rates and they doesn’t really get 100% of their pay.

Yes, we continue to develop ShipMoney and have a long and extensive road map to continue enhancing the System. As our company mantra states: “Development is not an end game.”  We are constantly improving ShipMoney to provide unparalleled payment solutions.
One such recent enhancement is our Universal Scheduler. This is a significant improvement to what currently exists in the market enabling crew members to not only schedule a wire payment, but we're also leveraging that in terms of offering a scheduler for all of our outbound remittances: Western Union, MoneyGram, Transfast, Mobile top-up, card to card transfers and more. So it is really ‘set it and forget it’ [as to how the crewmember wants their funds automatically distributed]. The crew member doesn't have to do anything to effectively manage their pay, and that is a strong benefit, both for the companies, as well as the crew.

Through persistence and trying to understand the pressure points, we've been very successful over the last couple of years in terms of penetrating into the commercial space. One of the positive impacts to our business with regard to the pandemic has been an increase in bringing on clients and creating interest in our program in the commercial sector. We are utilizing ShipMoney across the world in multiple instances, including finally signing Maersk, which was a company that took us essentially over 10 years to close.

But of course, another part of our business is the cruise business, which has been obviously under duress. I fully believe that the cruise industry will come back; it's viable, the travelers are incredibly loyal, there is pent-up demand and it's a cost-effective way to travel. And we expect to engage with the entire industry and all the operators as they get back to cruising and evaluate their current programs and seek alternatives.

I think that one of the impacts of this pandemic has been a new appreciation for seafarers. The industry has realized how important seafarers are and is making concerted efforts in terms of taking care of them. Certainly, every day in the news, we read about mental health and wellness programs for seafarers, and that's a positive thing. We've always believed that ShipMoney is a crew welfare benefit. In my company, the most important thing are seafarers. Look around your room, look around your house. Most of the things came on a ship from somewhere, but seafarers are largely anonymous. Every dollar matters to them; they're away from their family; they're working far beyond their contract. They're worried about their family members.