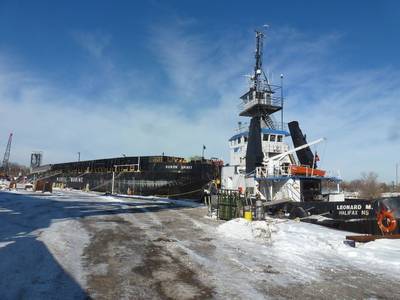 Great Lakes Shipyard announced winter layup season is wrapping up at the yard after completing repair work on the following vessels:

The vessels were berthed in the yard for planned repairs and routine maintenance, as well as various inspections and miscellaneous renewals.

The Shipyard’s current order book includes drydocking and overhaul of The Great Lakes Towing Company’s tugs Pennsylvania, South Carolina and California. In addition, the Shipyard was recently awarded a contract to perform drydocking and repairs on the USCG Cutter Biscayne Bay, to commence in May.