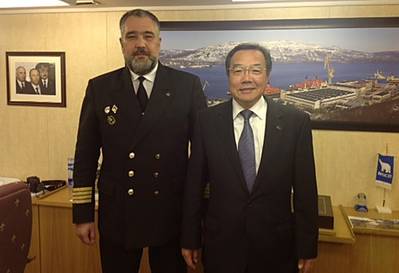 Koji Sekimizu, Secretary-General of the International Maritime Organization (IMO) said on the conclusion of his 5-day visit along the eastern sector of the Northern Sea Route aboard the Russian icebreaker '50 Let Pobedy' that the Polar Code would be introduced by IMO in 2014, reports Arctic-Info.

The Secretary-General noted that one has to deal with much harsher conditions in the polar latitudes. It calls for special requirements, that’s why within the last decade the IMO has supported the idea of creating a special set of rules for navigating in ice-covered waters. In addition provisions on environment protection should also be included in the Polar Code.

Koji Sekimizu recalled that the principles of navigation for the polar regions, which are recommendatory in nature, have already been approved. However, with the increase of navigation in the Arctic waters and passenger shipping in Antarctica, the IMO has found it necessary to impose a mandatory regime of navigational safety in both polar regions.