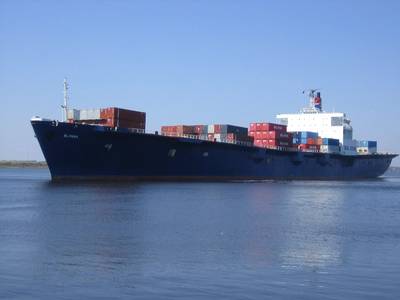 The U.S. investigation into the deadly sinking of a cargo ship during a 2015 hurricane entered its final hearing on Monday, with ship conditions probed at the start of two weeks of testimony set to examine new detail on El Faro's last hours.

The Coast Guard's Marine Board of Investigation, convened only for the most serious accidents, is looking for evidence of negligence or misconduct in the worst disaster involving a U.S.-flagged vessel in more than three decades.
All 33 crew onboard died when the 790-foot (241-meter) El Faro sank during a hurricane on Oct. 1, 2015, two days after leaving Jacksonville, Florida on a cargo run to Puerto Rico.
Investigators on Monday questioned Captain Raymond Thompson, former chief mate on the El Faro, asking about issues from crew fatigue and cargo lashings to an anemometer measuring wind speed.
Authorities meeting in Jacksonville now have key information about the ship's final hours from its voyage data recorder that had not been recovered when the panel held two rounds of hearings last year.
Transcripts from the recordings showed Captain Michael Davidson's uncertainty about the storm's location. The veteran mariner from Maine told his chief mate he was receiving conflicting reports hours before the alarm sounded to abandon ship.
Concerns about delays in the weather reports reaching the El Faro came up at the panel's previous hearings.
Ultimately, the Coast Guard panel expects to issue a report that could make recommendations to prevent another disaster, though the agency has no timeline for its release. The National Transportation Safety Board is also participating in the hearings.
"There's still a lot of uncertainty about the cause of the sinking," said maritime lawyer Rod Sullivan, who represents the family of a deceased crew member and has closely followed the investigation.
He questioned efforts to get the crew into life-saving equipment. Discussion of lifeboats is scheduled for next week.
During earlier hearings, executives of Tote Services, which managed the El Faro, called the disaster a tragic accident.
The company has settled financially with 28 families, Tote said in a statement, declining details.
"Since the loss of the El Faro, we have focused every effort on supporting the families of those on board. An important part of this support has entailed reaching fair and swift legal settlements for those who may choose them," Tote said in a statement last week.

Byron E. Vernicos has been appointed exclusive Agent for Ardent for the Greek and Cypriot market.Ardent is a global specialist in emergency preparedness, emergency response…