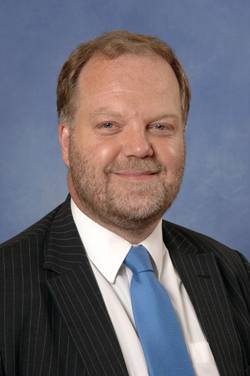 Overall confidence levels and the likelihood of major new investments in the shipping industry in the next 12 months picked up marginally in the quarter ended November 2011, according to the latest Shipping Confidence Survey from leading accountant and shipping adviser Moore Stephens. This was tempered by an expectation of a rise in finance costs. Respondents also continued to exhibit a high level of concern about the negative impact of overtonnaging on the market amid continuing fears about the global economic climate, and the eurozone crisis in particular.

The eurozone crisis featured prominently in comments from respondents. “Above everything,” said one, “it is the European financial crisis which will decide how things turn out for shipping in general and for shipowners in particular.” Another remarked: “Volatility remains high, with prospects for a solution to the European debt crisis a long way away. A comparison with the Lehman Brothers collapse does not seem that far-fetched at the moment.” Lehman was also on the mind of another respondent who noted: “What is still unknown is how the eurozone crisis will unfold and what sort of knock-on impact this will have, not only on global demand but also on the availability of finance for trade and asset acquisition. When this is coupled with the increasingly strident demands from governments and regulators for banks to build up more and more capital to avoid further state bail-outs, what you have is a toxic financial brew that makes 2008/9 and the collapse of Lehman Brothers look like a vicar's tea party. These are deeply uncertain times.”

State intervention was also foreseen by another respondent who noted: “The supply overhang in almost all sectors remains a serious challenge despite slippage and cancellations. Cancelled newbuildings will still be built, especially in China, where they will simply be owned by state-supported yards and operators and will therefore continue to add to the level of over-supply. Ship finance will be available to only a few, financially strong companies.”

One respondent said: “The US and Europe need to take some drastic recovery measures sooner rather than later.” Another observed: “The tonnage oversupply situation, plus the eurozone crisis and a depressed world economy, equals misery.”

A number of respondents took a pessimistic view of how long it might take for shipping to turn the corner: “It is now more likely than ever that shipping will remain depressed for the next three years, with only marginal improvements thereafter over the next five years.” Admitting that some of its ships were only breaking even while others were operating at a loss, leading to vessel sales and redundancies, one respondent said: “We do not expect the market to recover for at least another three or four years.”

The threat posed by overtonnaging was very much on the minds of respondents. “After 30 years in shipping, I believe the summer of 2012 will be the worst I have experienced,” said one respondent. “The oversupply of tonnage bought at inflated prices, combined with turmoil in north European manufacturing, will mean that shipping companies, brokers and owners not involved in the transport of food products are going to be the hardest hit.” Another emphasised “more discipline and restraint is called for” while other comments included “owners should re-enter negotiations to further delay deliveries” and “the market is doomed.”

Despite these gloomy predictions, respondents overall were more optimistic of making a major investment or significant development over the next 12 months. On a scale of 1 to 10, the likelihood of such a development rose to 5.2 from 5.1 in the last survey. Owners (up from 5.3 to 5.5), managers (5.2 to 5.4) and charterers (5.7 to 5.8) were all more confident than last time. When the survey was launched in May 2008, the likelihood of major investments was rated at 5.9 overall.

Charterers are the only category whose expectations are higher now than they were in May 2008. Over the life of the survey, charterers have moved from being significantly less likely than owners and managers to make a major investment, to being the most likely of these three categories. One respondent noted: “By next year, it is hoped that there will be a significant increase of confidence in the shipping industry as various players get set to make big investments.”

Demand trends, competition and finance costs continued to dominate the top three factors cited by respondents overall as those likely to influence performance most significantly over the coming twelve months. 24% of respondents (up from 22% last time) cited demand trends as the most significant performance-affecting factor, with 17% opting for competition (unchanged from last time) and for finance costs (up from 16% last time).

For owners, demand trends continued to dominate, with an increase from 24% to 26%, ahead of finance costs and tonnage supply. Operating costs (up from 15% to 18%) emerged as the number one performance-influencing factor for managers, followed by competition and demand trends, both unchanged at 17%. For charterers, meanwhile, fuel costs moved into the number one spot, with a ten percentage point increase on last time, from 16% to 26%. Demand trends (up from 23% to 24%) and competition (down from 18% to 15%) made up the remainder of charterers’ top three.

Geographically, demand trends remained the most significant factor for respondents in Asia and Europe (18% and 26%, respectively). In Europe, finance costs (up from 16% to 19%) assumed increased importance compared with last time, moving into second place. Competition, meanwhile, was less significant this time for European respondents (in third place, down from 19% to 16%). Conversely, it assumed increasing importance (up from 19% to 26%) in North America, where tonnage supply also moved into the top three at the expense of finance costs.

Having fallen significantly in the last survey, there was a five percentage point increase this time (from 52% to 57%) in overall expectations of an increase in finance costs. Owners (up from 53% to 57%) and managers (up four percentage points to 56%) joined in thinking that finance costs would rise. But charterers (down from 48% to 46%) thought differently. Moreover, the number of charterers expecting finance costs to fall was down to its lowest figure since May 2010. There was an increase this time in the numbers of respondents in both Asia and Europe who thought finance costs would rise (up from 50% to 54%, and from 53% to 61%, respectively). The same was true of North America, where the increase was from 40% to 47%. One respondent noted: “Shipping cycles are nothing new, but there has never been a cycle which coincides with an acute liquidity crisis in the banking sector that will not be resolved in the short (two-to-three year) term.”

So far as expectations of rate increases in the markets were concerned, it was a case of down, down, down in all three main tonnage categories from owners and managers in all geographic areas covered by the survey. In the tanker sector, the number of respondents expecting rates to increase over the coming year was down from 34% to 30%. But while the numbers of owners and managers expecting increases were down (from 30% to 28% and from 36% to 33%, respectively), there was a 19 percentage point increase (from 21% to 40%) in the number of charterers who thought rates would go up. There was also a corresponding 19 percentage point fall (from 26% to 7%) in the number of charterers expecting tanker rates to fall over the next 12 months. Not for the first time, the chartering sector seems to know something which other parts of the market do not. One respondent emphasised: “The oversupply of crude tankers will be prolonged due to national governments intervening to prop up domestic owners and shipyards.”

It was the same story in the dry bulk sector where, for the first time in three years, the number of respondents overall predicting a decline in rates over the next 12 months exceeded the total of those who thought they would increase. The number expecting rates to increase was down this time from 27% to 23%, a new all-time low in the life of the survey. The number of owners who thought rates would go up also hit an all-time low (down from 22% to 20%), while for managers (down from 34% to 31%) it was the second-lowest figure ever recorded, just one percentage point up on the 30% for November 2010. Again, though, charterers bucked the trend, with 33% expecting dry bulk to rise over the next 12 months, compared to just 8% last time. In August 2011, 42% of charterers thought that rates would come down; this time, just 29% were of that view. One respondent admitted to “massive fears” about the dry bulk sector, noting: “Unless there are some major building contracts scheduled for next year, the bottom will fall out of the market.”

For the first time since February 2009, the number of respondents overall expecting a decline in container ship rates was higher than the number anticipating rate increases. Overall, just 23% of respondents (compared to 28% last time) expected rates to go up, the second-lowest figure since the survey began, behind only the 20% recorded in October 2008. Meanwhile, 31% thought that rates would go down, the highest figure since the 36% recorded in February 2009. The number of charterers expecting rates to increase fell from 30% in August this year to just 13% this time, while the figures for owners and managers were also down, from 25% to 23%, and from 31% to 23%, respectively.

Moore Stephens shipping partner, Richard Greiner, says: “It says a great deal for the resilience of the shipping industry that, despite the problems facing the sector, and notwithstanding the acute difficulties bedevilling the world economy, our survey showed a small increase in confidence. Like a boxer who refuses to lie down, shipping is fighting to ride the punches and to bounce back off the ropes. There was even an increased expectation that respondents would be making a major investment over the coming 12 months. This is encouraging, and supports the belief that now is a good time to buy for those who have access to funding.

“Nevertheless, it is undeniable that shipping is struggling on a number of fronts. Seldom, if ever, can classic problems within the industry have coincided with such a severe economic downturn and acute debt crisis. Overtonnaging is the issue dominating responses to our survey and, even when other concerns are raised, overtonnaging is still the elephant in the room. It will doubtless remain so for some time, but the situation could be eased in the shorter-term by sensible renegotiation and resourceful financing.

“Meanwhile, operating costs are set to rise, with a recent Moore Stephens survey predicting a 3.7% increase in 2012. Shipping is an expensive business in which to operate, and the returns currently available through the freight markets are generally not sufficient to offset operating costs and leave any prospect of a return on investment.

“These are challenging times. The shipping industry which emerges intact from the current downturn will be stronger than the one which entered it. The loss of some good, well-run companies is the sad but inevitable result of the singular economic conditions currently prevailing throughout the world. But the loss of short-termist, inadequately funded companies will leave the industry in much better shape than it was before the indicators started to point in the wrong direction."