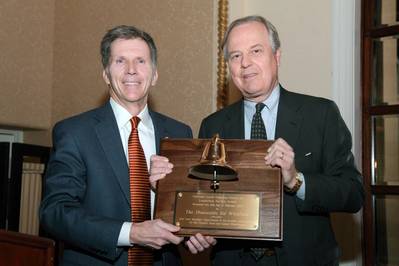 Most recently, Whitfield served as a critical champion to introduce, with 31 bipartisan cosponsors, legislation, Waterways are Vital for the Economy, Energy, Efficiency, and Environment Act of 2013 (WAVE 4, H.R. 1149), in the Water Resources Reform and Development Act (WRRDA), now in conference.

Senator Bob Casey (D-Pa.) was also a recipient of this year’s award.