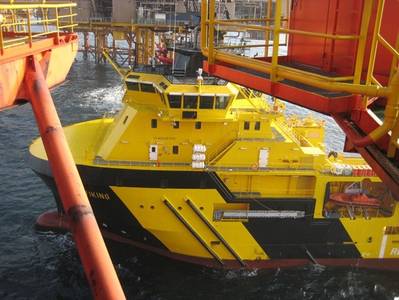 Viking Supply Ships says it has been awarded a contract for consulting services with a company owned by [unnamed] major oil companies.

The contract includes general advice, logistical support and equipment supply for offshore work in harsh environments. The contract is for a period of two years from the end of 2013. The total contract value is estimated to be approximately MUSD 50-60 depending on actual services required.

Viking Supply considers that the contract strengthens the company’s position as one of the leading operators working in harsh and remote areas. Viking Supply Ships have unique experience from operating under challenging conditions with skilled and specially trained crews.

Viking Supply Ships is a subsidiary of leading Swedish Rederi AB TransAtlantic, whose headquarters are in Gothenburg, Sweden.