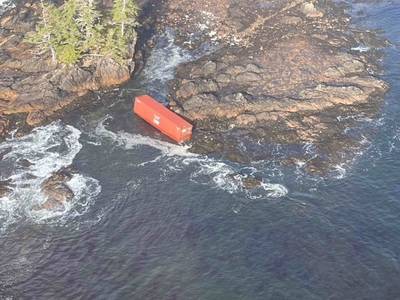 More than 100 containers have been lost from a fire-stricken containership off British Columbia, well above original estimates, the Canadian Coast Guard said.

Initial reports indicated that the Malta-flagged Zim Kingston lost roughly 40 boxes near the Strait of Juan de Fuca, on October 22, after heavy weather caused the vessel to list 35 degrees while traveling from Busan, South Korea to Vancouver, Canada.

Zim Kingston is currently anchored several miles off the southern coast of Vancouver Island with tugs and other response vessels standing by. There have been no reported injuries or oil spills.

The ship's charterer ZIM said a crew will go on board to assess the vessel and cargo situation, as authorized by the Canadian authorities, to bring the ship to an unspecified port to unload the cargo and assess damages. 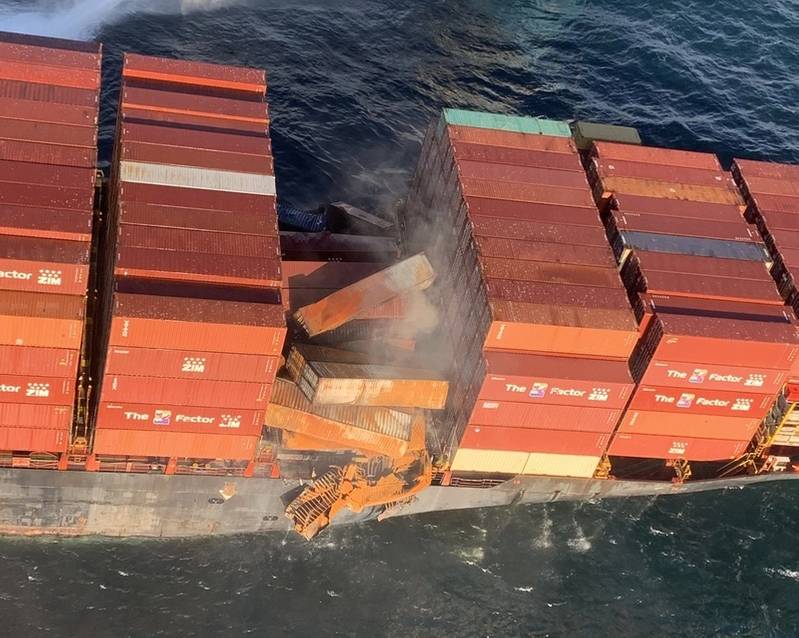