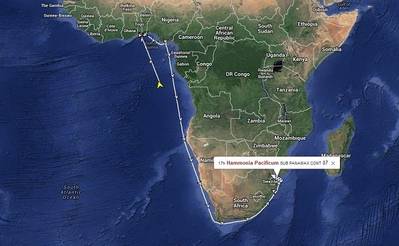 Containership Hammonia Pacificum has been cleared of Ebola risk at the Port of Ricahrd Bay after being stopped previously at several West African ports, according to online ship intelligence and information service VesselsValue.com.

The ship, though carrying a 'quarantine alert' yellow flag, was allowed to berth in Richard's Bay instead of being left at outer anchorage for health inspections, VesselsValue.com reported in its weekly newsletter The Trumpet.