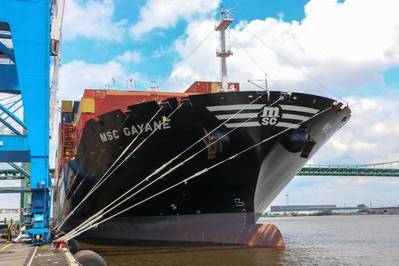 MSC Gayane at the Port of Philadelphia (Photo: U.S. Customs and Border Protection)

A crew member from the containership MSC Gayane pleaded guilty to cocaine trafficking stemming from a $1 billion bust in the Port of Philadelphia, one of the largest drug seizures in U.S. history.

In 2019, Penda, a crew member who worked as the fourth engineer on board the Liberian-flagged MSC Gayane, conspired with others to engage in bulk cocaine smuggling. On multiple occasions during the MSC Gayane’s voyage from South America and the Caribbean to Philadelphia, crew members, including Penda, helped load bulk cocaine onto the vessel from speedboats at sea that approached under cover of darkness, traveling at high speeds. Crew members used the Gayane’s crane to hoist cargo nets full of cocaine onto the vessel and then stashed the drugs in various shipping containers.

On June 17, 2019, federal, state and local law enforcement agents boarded the MSC Gayane when it arrived at Packer Marine Terminal in Philadelphia and seized approximately 20 tons of cocaine on the ship, with a street value of over $1 billion. This was one of the largest drug seizures in U.S. history. 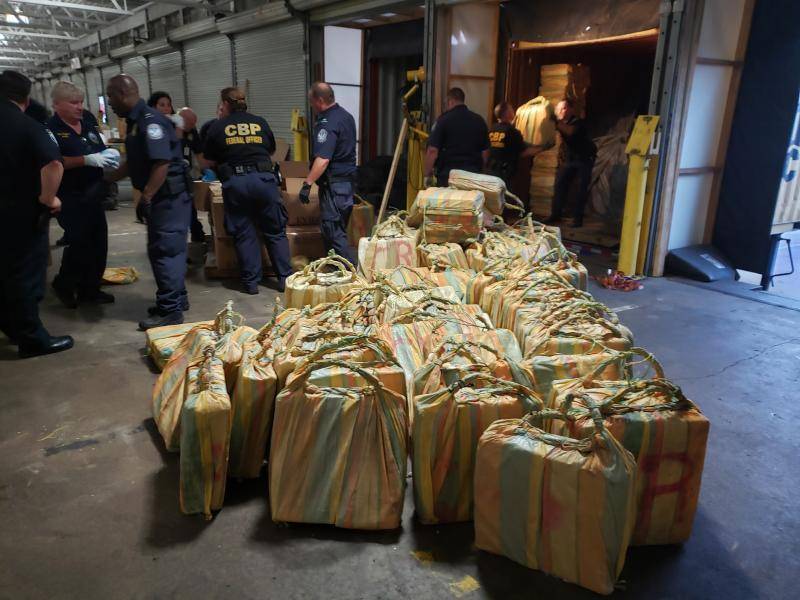 The ship was later seized by U.S. Customs and Border Protection on July 4.

“Federal agents found nearly 20 tons of cocaine hidden on this ship when it arrived in the port of Philadelphia in June 2019,” said U.S. Attorney McSwain. “Over the past year, prosecutors in my office, in conjunction with our partner agencies, have been working non-stop to pursue justice in this case in order to protect our district and our country. We want to send a strong message to criminals around the world that Philadelphia is not a safe harbor for their deadly drug trafficking.”

“Mr. Penda’s guilty plea is a testament to Homeland Security Investigations commitment to holding all those involved in the transnational drug smuggling investigation aboard the MSC Gayane accountable,” said Brian A. Michael, Special Agent in Charge for HSI Philadelphia. “HSI, in collaboration with CBP, the Coast Guard, and our other federal, state and local law enforcement partners, are committed to the detection and disruption of transnational drug smuggling, and will continue to work in concert with the U.S. Attorney’s Office for the Eastern District of Pennsylvania to keep our communities safe.”

The case is being investigated by Homeland Security Investigations and the United States Customs and Border Protection, together with a multi-agency team of federal, state, and local partners.