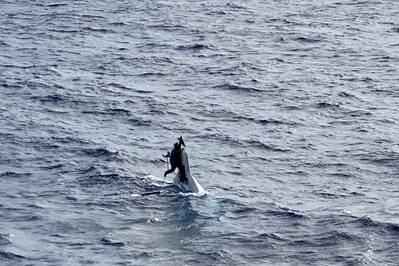 A missing boater was found clinging to the hull of his capsized vessel. (Photo credit: a crew member aboard containership Angeles via U.S. Coast Guard)

A containership rescued a boater clinging to the hull of his capsized vessel approximately 86 miles east of Port Canaveral, Fla., Sunday.

Stuart Bee departed Cape Marina in Port Canaveral on Friday and was reported missing Saturday after he did not return from his day trip. A marina member contacted watchstanders at Coast Guard Sector Jacksonville at 11:40 a.m., Saturday stating that 62-year-old Bee typically does not stay out overnight on his 32-foot boat Stingray.

Watchstanders dispatched a C-130 Hercules aircrew from Coast Guard Air Station Clearwater to search for Bee and directed Coast Guard Station Port Canaveral watchstanders to issue preliminary and extended communications in an effort to locate the missing boater. A U.S. Customs and Border Patrol air marine asset was also launched to assist in the search.

The 7th District Coast Guard command center watchstanders issued an Enhanced Group Calling to mariners located in the vicinity of the search area to keep a lookout for the vessel and report any findings to the Coast Guard.

Receiving the alert, a lookout crew aboard the 225-meter Liberian-flagged containership Angeles located the man alive on the bow of his capsized boat and took him aboard at approximately 11 a.m. The crew reported Bee was safe and had no medical concerns.

“The chances of finding Bee alive were slim,” said Lt. Shawn Antonelli, command duty officer, District 7. “But he was able to stay with his boat, which helped save his life.”

"Saving lives at sea is our highest calling. This is a truly incredible outcome that demonstrates the bond among all mariners and our community," said Capt. Mark Vlaun, commanding officer of Sector Jacksonville. "Thank you to our mission partners that launch into action and to all who got the word out to find and rescue Mr. Bee"

The Angeles’ next port of call is Wilmington, Del. Bee is in contact with his brother who will assist in bringing him home once in Delaware. 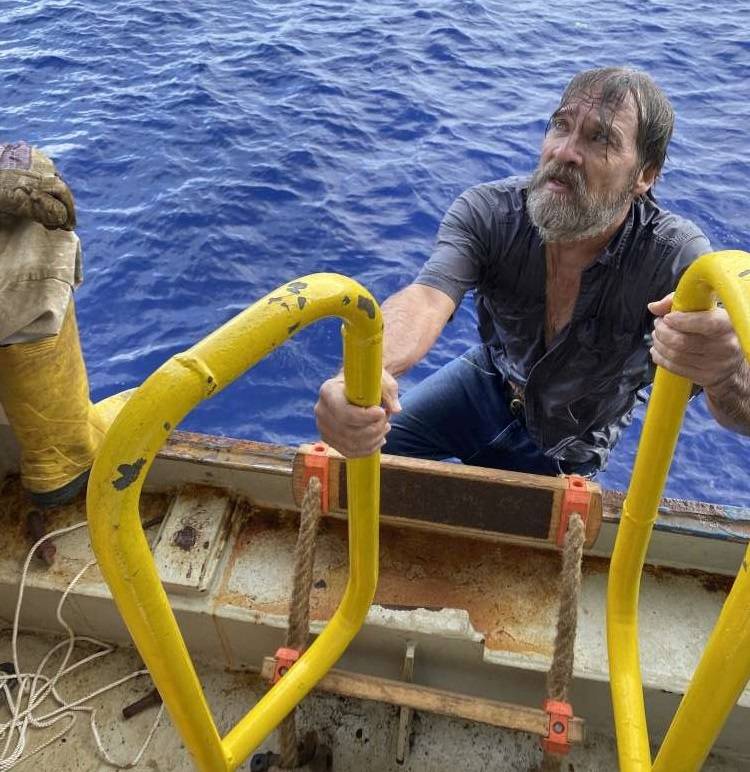 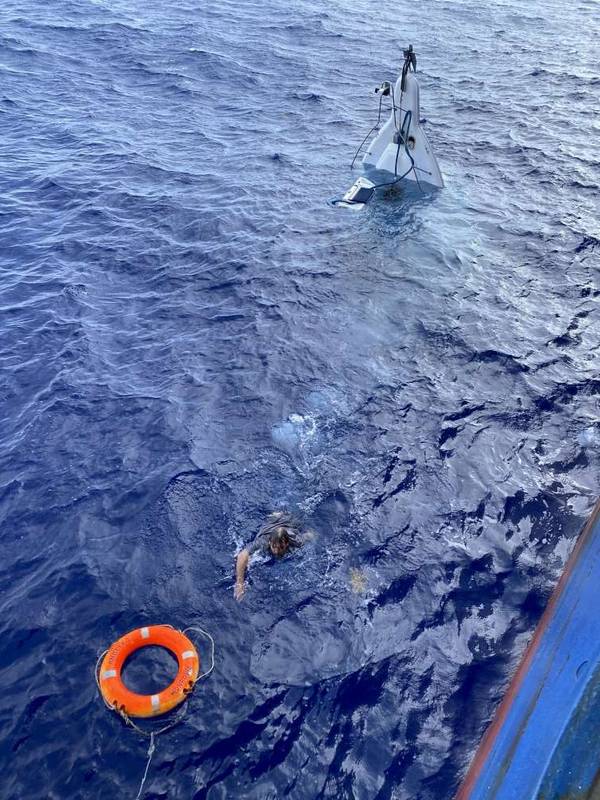 Mark Buzby, the Trump-appointed head of the U.S. Maritime Administration (MARAD), has resigned following the violent intrusion of the U.S.