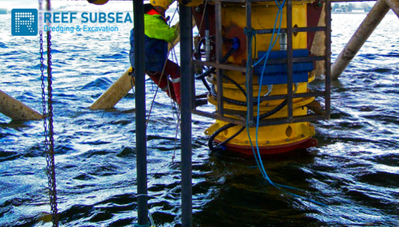 Reef Subsea Dredging and Excavation (D&E) report they have secured a number of substantial contracts in the Middle-East and Asia Pacific as they continue to grow its global footprint.

The Middle-East contracts will involve two teams from the company’s UK workforce managing subsea excavation work in Saudi Arabia and Iraq. The work in the Al Khafji field in Saudi Arabia, on behalf of Technip and Khafji Joint Operations (KJO), is a shore approach cable excavation in shallow waters. Specialist personnel will also be deployed for the post-lay burial of the 165mm composite cable.

The second contract is the first project for Reef Subsea in Iraqi waters working with Leighton Offshore as part of the Iraqi Crude Oil Expansion programme (ICOEEP). The work involves post lay burial of a fibre optic cable in excess of 50km in length in Iraq’s largest producing oil field.

Reef Subsea’s specialist controlled flow excavation tools, the T4000 and Twin R2000, will be deployed for both projects, as these can work effectively on live cables and pipelines without compromising the subsea assets integrity. The company has two sets of equipment based in Abu Dhabi for operations in the UAE and surrounding areas.

Significant contracts have also been secured in Singapore, utilising the patented T8000 excavation tool, which is specifically designed for controlled, non-contact and safe seabed excavating in water depths up to 300m.

Work in the Dai Hung Oil Field located in the Nam Con Son Basin, Vietnam, on behalf of PVED-POC, will involve seabed preparation for the safe footing of Seadrill’s West Tucana Rig. The company has also been awarded work by COOEC Subsea Technologies Ltd in the Li Wan 3-1 Gas Field located in the South China Sea, to correct multiple non-compliant freespans.

Meanwhile, Reef Subsea say they have also recently completed the Shell Bukom SBM pipeline repair project off of Bukom Island, Singapore, for Leighton Offshore, which involved the rapid de-burial of a 48 inch pipeline and 134 spot excavations to expose the pipeline for removal.