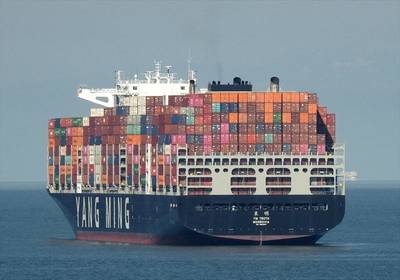 The Monaco-headquartered company said Thursday it signed contracts with an unspecified Asian shipyard for two 13,000 TEU capacity newbuilds and exercised options under a previous agreement for two more of the same capacity plus four additional 15,000 TEU capacity vessels.

Each of the ships will commence long-term charters with a "leading liner company" upon scheduled delivery between the third quarter of 2023 and first quarter of 2024.

Gregory Zikos, Costamare's chief financial officer, said, "We are pleased to expand our containership fleet and time charter coverage with the addition of modern and high specifications tonnage supported by long term charters.

Not including the new orders, Costamare's containership fleet contains 78 vessels, including the 2008-built 4,578 TEU Co Kobe (to be renamed Dyros) recently acquired from RCL Feeder.

The newbuild order is believed to be Costamare's first since it ordered a series of five 12,690 TEU vessels from China's Jiangsu Yangzijiang Shipbuilding in 2018, the last of which was delivered in May of this year.

The company also revealed that it has acquired seven secondhand dry bulk carrier vessels built between 2010 and 2015 ranging from 57,970 dwt to 81,601 dwt.

Costamare is a new entrant to the dry bulk segment, having acquired its first bulk carriers in May of this year.

"We are expanding our dry bulk fleet, bringing the total number of owned dry bulk vessels to 44, executing on our decision to invest in a liquid sector where supply is limited by a low orderbook and demand is being driven by increased infrastructure spending and commodity consumption,” Zikos said.

Costamare said it will finance the all of the acquisitions with cash on hand and debt.