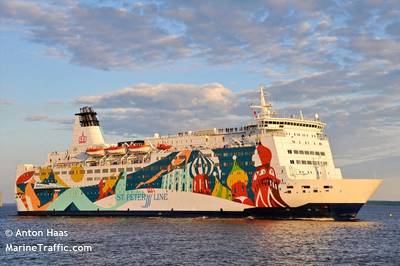 A cruise ship has arrived in Russia's northwesterly Murmansk region to accommodate healthy staff from a construction site run by the gas company Novatek, one of Russia's coronavirus hotspots, a local crisis centre said.

Novatek, one of the world's top liquefied natural gas (LNG) companies, is building a facility to produce gravity-based platforms for its future LNG plants in Belokamenka near Murmansk, a region bordering Finland and Norway.

Many of Russia's oil and gas facilities are located in remote areas where people live and work in close proximity for weeks on end, so that any contagious disease is hard to contain.

Russia has nearly 166,000 confirmed coronavirus cases, more than France, of which 1,937 have been recorded in Belokamenka, according to the local crisis response centre. A total of 11,000 people work in Belokamenka as Novatek sub-contractors.

A spokeswoman for the local crisis response centre said the ship had arrived near Belokamenka and referred further questions to Novatek. Novatek declined to comment.

Officials said doctors and state safety inspectors needed to check it before it could be used as a facility for workers who are not infected.

The Princess Anastasia previously offered Baltic Sea cruises - with bars, a spa and a casino - from St Petersburg to Helsinki, Stockholm and Tallinn, according to its operator, MOBY SPL.

On Wednesday, MOBY SPL said the ship was being turned into a floating hotel in Murmansk.

Andrei Chibis, Murmansk's regional governor, told the TASS news agency last week that the region was cooperating with Novatek to limit the coronavirus outbreak at the site.

Russia is turning numerous facilities - from state and private clinics to convention centres - into temporary coronavirus hospitals, and others are being built by the military.