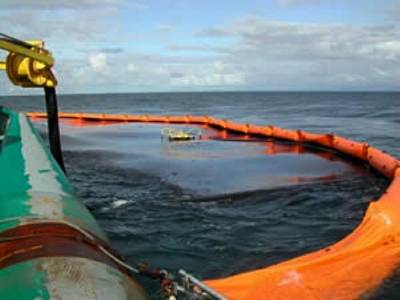 The Coast Guard reports that their Galveston-based response efforts for the Texas City collision has included the de-contamination of approximately 300 boats, oiled as a result of the earlier Houston Ship Channel maritime casualty.

Responders continue to focus on shoreline cleanup and facility decontamination as recoverable oil in open water is no longer present in many areas. Teams are working on rehabilitation of public and environmentally sensitive areas that were impacted.

The constant monitoring of the oil spilled has facilitated the removal of approximately 5,400 feet of protective boom from areas around the Houston Ship Channel as on-going assessment has determined there to be no potential impact to those areas.

A current Broadcast Notice to Mariners instructs all boaters that the safety zone remains in effect, however all restrictions are lifted except to transit using safe distance and minimum safe speeds in the vicinity of any oil spill response or salvage operations and to avoid all areas of sheening or visible oil. If any oil is sighted, boaters should report it to the National Response Center at (800) 424-8802.

While all recreational activities, including swimming is open, the DSHS does advise people not to swim in areas where they can see oil. The DSHS stated that there is no indication that seafood in the marketplace has been impacted by the oil spill. For more information please visit: www.dshs.state.tx.us/news/updates.shtm.

Responders have recovered 198 birds, of which 168 were dead on arrival to the stabilization trailers, and they are currently rehabilitating 30 birds.

The Coast Guard says that its preliminary investigation into the incident is ongoing.