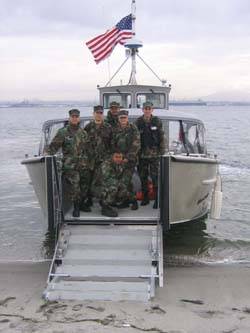 To ensure the safety and efficiency of transporting 30 troops, their gear and/or general cargo, the craft utilizes a house aft configuration and features a power bow door and high-level engine suctions for beach deployment.