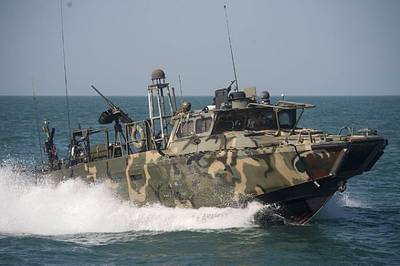 The 10 U.S. Navy sailors briefly detained in Iran have safely returned to U.S. custody. There are no indications that the sailors were harmed during their overnight detention, the U.S. Navy said in a statement.
The sailors departed Farsi Island at 8:43 a.m. (GMT) Wednesday, aboard the two Riverine Command Boats (RCB) that they had been operating when they lost contact with the U.S. Navy. The sailors were later transferred ashore by U.S. Navy aircraft, while other Sailors took charge of the RCBs and continued transiting toward Bahrain, the boats' original destination.

The sailors were reportedly detained by Iran's Islamic Revolutionary Guard Corps (IRGC) after mistakenly entering Iranian territorial waters.
The Navy said will investigate the circumstances that led to the sailors' presence in Iran.