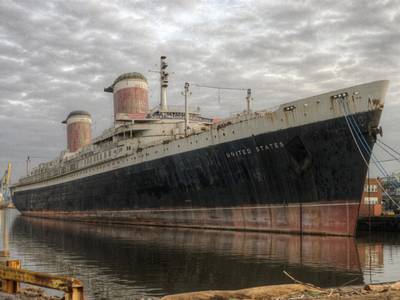 A real estate development company is looking for a U.S. city to become the new home for one of America's most historic ocean liners.

Having reached a deal with the ship’s nonprofit owner last year, RXR Realty has been developing a plan to restore the famed SS United States and this week issued a Request for Expressions of Interest (RFEI) seeking a permanent waterfront location where America’s Flagship, once restored, will be able to relive its former glory.

At the time of its launch in 1952, the SS United States was regarded as an American symbol of elegance and technological prowess, and was the fastest, largest and safest passenger liner in the world, capturing the transatlantic speed record on her maiden voyage (a record still held to this day).

Retired from service in 1969, the ship has spent years mothballed at dock in Philadelphia in an escalating state of disrepair as the SS United States Conservancy has worked to hold off a looming trip to the scrapyard and create a new fate for the storied ocean liner.

In the decades since the ship was taken out of service, there have been several attempts to restore the Big U – even plans to return the ship to oceangoing service – but all have fallen through for reasons that have included insurmountable technical and financial challenges.

The latest plan from RXR would see the vessel repurposed as a permanently-moored floating structure anchored by a hotel program, a museum and a collection of hospitality and cultural spaces in the 600,000 square feet available for development.

In search for the SS United States' next permanent home, RXR is requesting expressions of interest from cities such as Boston, New York, Philadelphia, Miami, Seattle, San Francisco, Los Angeles and San Diego, with the aim to start a conversation about potentially pursuing the waterfront development project. 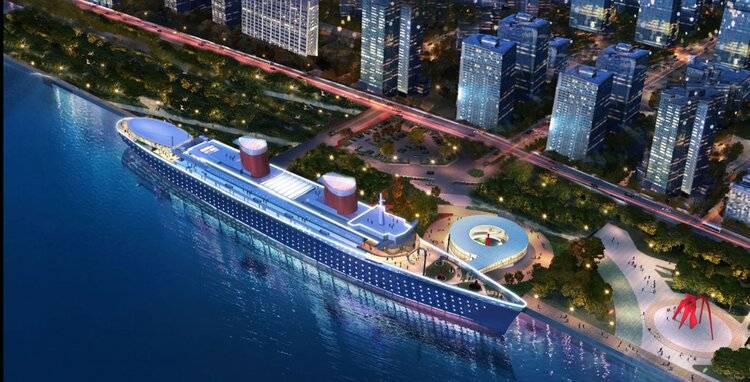 Over the months ahead, RXR will evaluate cities' responses, and it expects to collaborate with possible locations as the ship's design and development restoration plans advance.

“The SSUS is an iconic piece of American engineering and design, and we’re committed to finding a permanent home and restoring this one-of-a-kind luxury ocean liner into a vibrant, mixed-use destination,” said Scott Rechler, Chairman and CEO of RXR Realty.

The ship restoration project's architectural and engineering team includes partners with deep ties to the ship. Gibbs & Cox is the naval architect who originally designed the vessel, while an HLW partner on the team sailed aboard the SS United States as a six-year-old. Perkins Eastman Architects is also part of the team, assembled through a two-part design competition that began in 2018.

“The SS United States has waited a long time for this opportunity," said Susan Gibbs, President of the SS United States Conservancy, which owns and cares for the vessel. "RXR’s outstanding team understands the historic importance and economic potential of this enduring symbol of national pride and innovation. We will continue to work closely with them as they seek to secure a permanent home for America’s Flagship. The Conservancy is committed to delivering an extraordinary museum and visitor experience to complement RXR's dynamic mixed-use program." 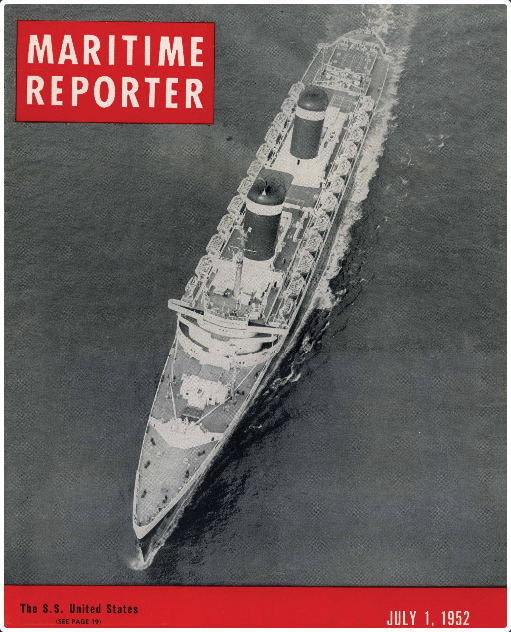