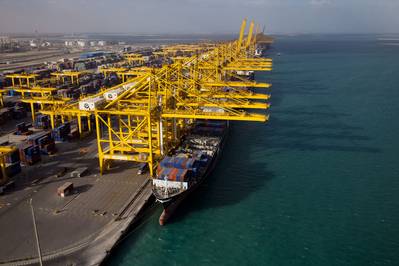 Global ports operator DP World has struggled to borrow from banks to finance new investments since a port it partially owns in Djibouti was seized by the government there in 2018, its chairman said on Monday.

"We are investing but it is costing us more. That’s the damage," DP World Chairman Sultan Ahmed bin Sulayem told Reuters in Rwanda's capital Kigali, where the company opened a $35 million logistics platform on Monday.

"Fewer banks will lend us money today," he said, without giving further details. "Every bank that will lend you money will say, 'What if the country you invest in will do like Djibouti?' So Djibouti put a...bad precedent.”

The government of Djibouti seized the Doraleh Container Terminal from Dubai government-controlled DP World in February 2018 over a dispute dating back to at least 2012.

DP World called the seizure illegal, and the London Court of International Arbitration ruled in August 2018 that the company's contract in Djibouti was valid and binding.

Sulayem said the company is continuing to operate legally in Djibouti, although the government has claimed that the company's operations have ceased.

He said the company is also active in Somalia, Mozambique, Senegal, and Mali and has signed an agreement to develop a port in the Democratic Republic of Congo (DRC).

He said the company's new platform in Kigali will further landlocked Rwanda's efforts to become a trade hub for neighbouring countries including DRC and nearby Kenya, reducing the costs of importing and exporting via the Indian Ocean ports in Mombasa and Dar es Salaam.