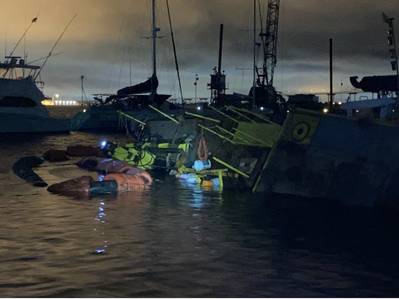 Coast Guard Sector Charleston watchstanders received a call at 3:34 a.m. from the Charleston Harbor Resort and Marina staff stating the dredge barge rolled over on its side in the marina. There were no persons aboard the Capt Leo II when it capsized, but the dredge barge has a reported maximum potential of 1,000 gallons of diesel fuel on board. Photos shared by the Coast Guard show a visible sheen in the immediate area.

Marcol Dredging Company deployed boom around the barge to minimize environmental impacts as the Coast Guard and state and local port partners are responding to the incident.

The watchstanders directed the launch of a Coast Guard Station Charleston 29-foot Response Boat–Small boat crew to assess the situation.

Partner agencies involved in the response include the Town of Mount Pleasant Fire Department, South Carolina Department of Health and Environmental Control and Moran Environmental Response. 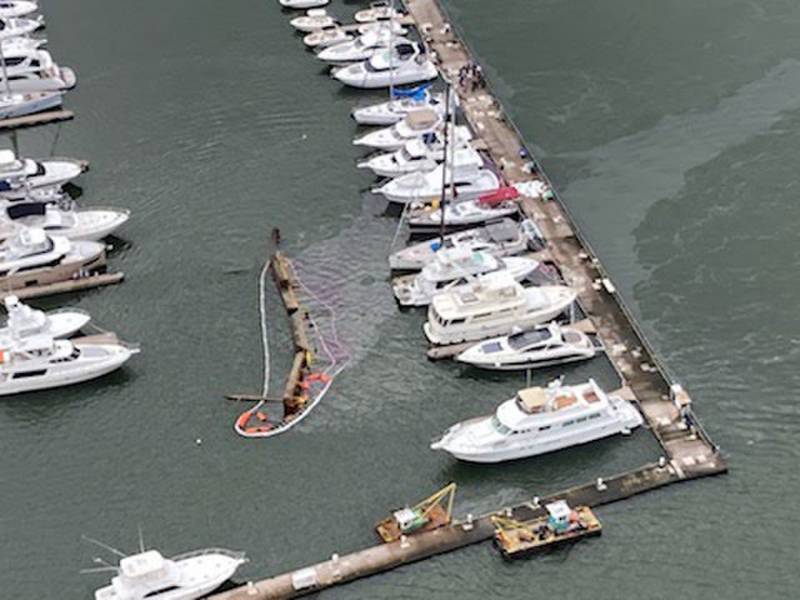 The Capt Leo II had no people onboard and the dredge pipeline was still connected when it rolled over. (Photo: U.S. Coast Guard)