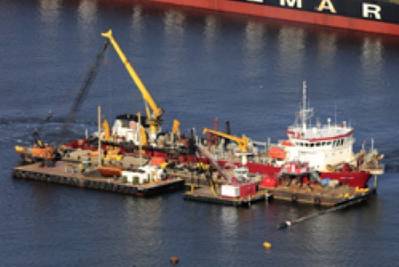 Great Lakes Dredge and Dock Corp. reports third quarter 2013 results. Dredging delivers a strong quarter with the backlog at a record high of $606-Million. The company says it is evaluating strategic alternatives for its demolition business.

William Steckel, Chief Financial Officer stated, “As expected, dredging activity in the third quarter picked up after a slow second quarter. Our dredging business continues to book high levels of work, and we are executing well in that segment.