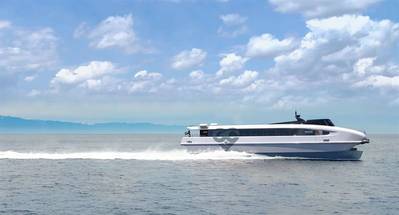 The new order for the battery vessel with its 730-kWh installation, is optimized for high-speed commuting with charging points on both ends of the route. At 30 knots, energy consumption is estimated to be nearly half of diesel-powered catamarans of the same size and performance. In total, the battery powered vessel on this route will abate 2000 ton of CO2 annually.

With its capacity of 147 passengers and 28 bikes, it will be as low as 0.2 kWh per nautical mile, per passenger.

Green City Ferries has previously announced two routes in Stockholm, Sweden. By 2024, the plan is to commission one fully electric vessel between Täby and Ropsten, and one powered by an integrated battery and hydrogen-based fuel cell system in the archipelago of Österåker. The vessel for the latter route is co-funded by the European Union through the project TECOW.